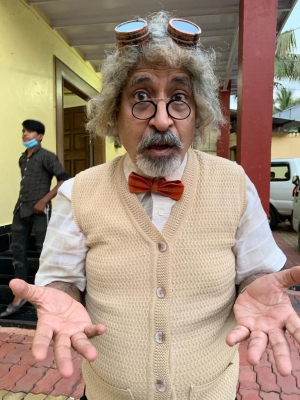 Talking more about his role, Gupta shares: “Newton Chattopadhyay is one of the most unique characters I have ever come across. The moment I was told about his traits, I was sure it was going to be extremely exciting to essay the role. Newton is a 235-year-old genius who looks much younger than his real age, a combination of modern science and yogic science.”

He adds: “His awareness about everything is beyond the comprehension of ordinary humans. Newton Chattopadhyay is an expert and his experience of living hundreds of years on planet Earth and witnessing several deaths, births, emotions, adventurous moments, darkness and joyful events has uplifted his emotions to the dimension of deity Gods. I am excited to have grabbed the opportunity to play this exceptional character.”

Gupta, who has started shooting for the show, adds: “I am completely in awe of my character. Solving crime is not an easy task, but Newton’s experiences and attention to detail makes him a rare expert. I am learning so many new ways of looking at crime scenes through the lens of this character.” (IANS)