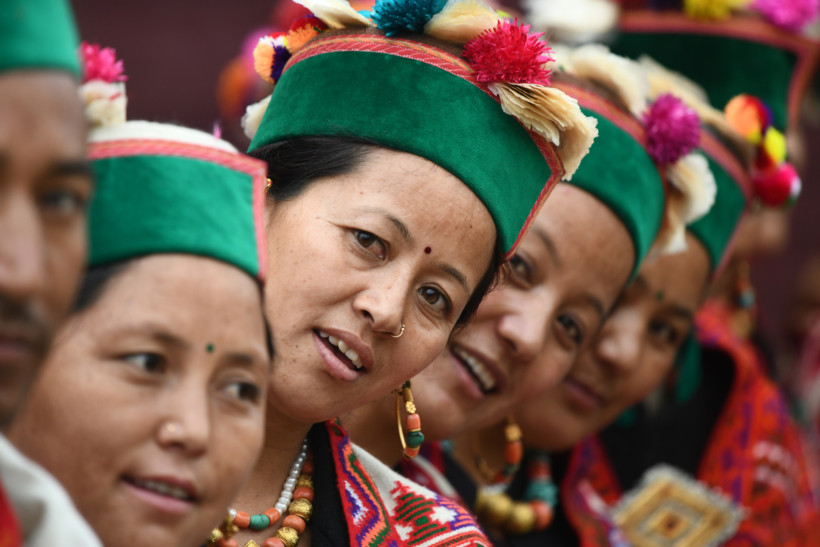 Jamshedpur–If the Western world resorted to duels when two “honorable” men found their egos slighted, similar dispute-resolution can be found in one of India’s own warrior tribes — though the preference is for closer combat. They sorted out differences with a wrestling match.

The tribals of Nagaland have not forgotten that the primary motive for one to wrestle with another man is not glory or riches, but to “purify the man”.

“Naga wrestling is for the purification of the man. His soul and his body… both. Earlier, traditionally, the wrestling match was held between two warring individuals to settle a dispute over land, water, or any of those things which the tribals considered to be of value,” Kuveo Cukhamu, the manager of a wrestling party which was here to take part in the annual Tata Steel Samvaad tribal festival, told IANS. 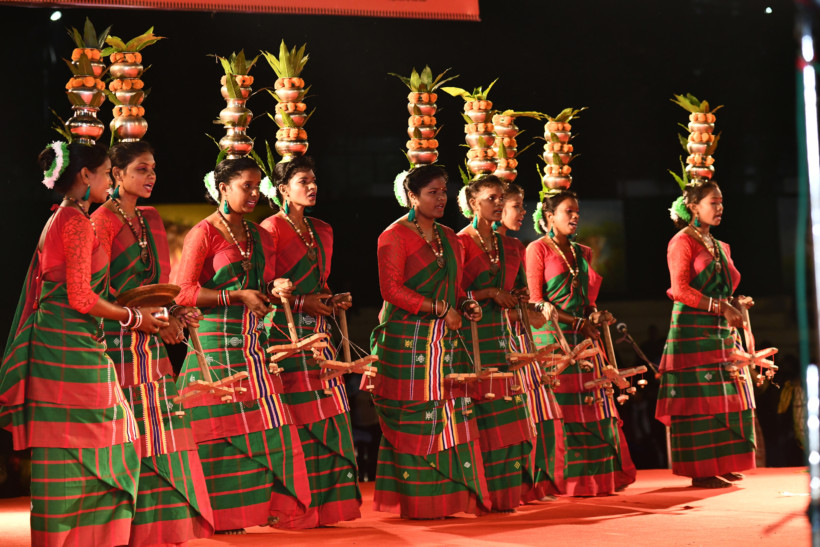 The festival was in its fourth edition and hosted 103 tribes from India and also people from Australia, Kenya, Canada, Laos and Zimbabwe.

Wrestling has also opened up the mainstream sporting world to the Nagas. In August, six Nagas participated in the 5th Asian Indoor and Martial Arts Games held in Ashgabat, Turkmenistan, where one of them won a bronze medal.

But the similarities with wresting, as we know it, end there; for traditional Naga wrestlers are anything but bulky ramming bulls like those we are given to see in the northern part of the country. It’s hard to tell a Naga wrestler apart from, say, a Naga musician, as both are lanky and hewn as a farmer.

“We don’t go to a gym. For training, Naga wrestlers carry buckets of water and firewood or go running. We do not have any special diet either,” Kuveo said.

As for dieting, there’s none. There’s no meat that a Naga wrestler wouldn’t devour without ever having to worry about weight gain, for there’s no weight category system in the Naga wrestling as run by the Naga Wrestling Association — which is also associated with the Naga Olympics Association and the Wrestling Federation of India.

“We wake them up at night and make them eat meat — dogmeat, pork, beef, chicken, everything. After having done his exercise, a Naga wrestler can easily eat one kilo of meat,” said the manager.

For such a licence, Naga wrestlers do not get a free pass whenever a big bout is on the cards and while they may have all the fun with the meat, they are not above certain abstentions which are considered indispensable for any sportsman.

As Kuveo pointed out, a Naga wrestler is “not allowed to sleep with his wife, two-three months before a match”.

Outside the community, however, the usual problems that are common to our sporting administration elsewhere impede the Naga fighters. They get little support from the state government and are forced to live within limited means.

“When a Naga wins a tournament (held biennially by NWA), the champion is rewarded with a government job, as are those who come second, third, and fourth, but there’s little for the remaining participants, who are forced to continue on their own,” Kuveo said. (IANS)