He set up Cafe Coffee Day in 1996, which now become India‘s largest and premier retail chain of cafes with 1,423 cafes in 209 cities.

A group of fishermen recovered the body from the Netravathi river in Karnataka, at a distance from the bridge where the coffee baron was last seen late on Monday. 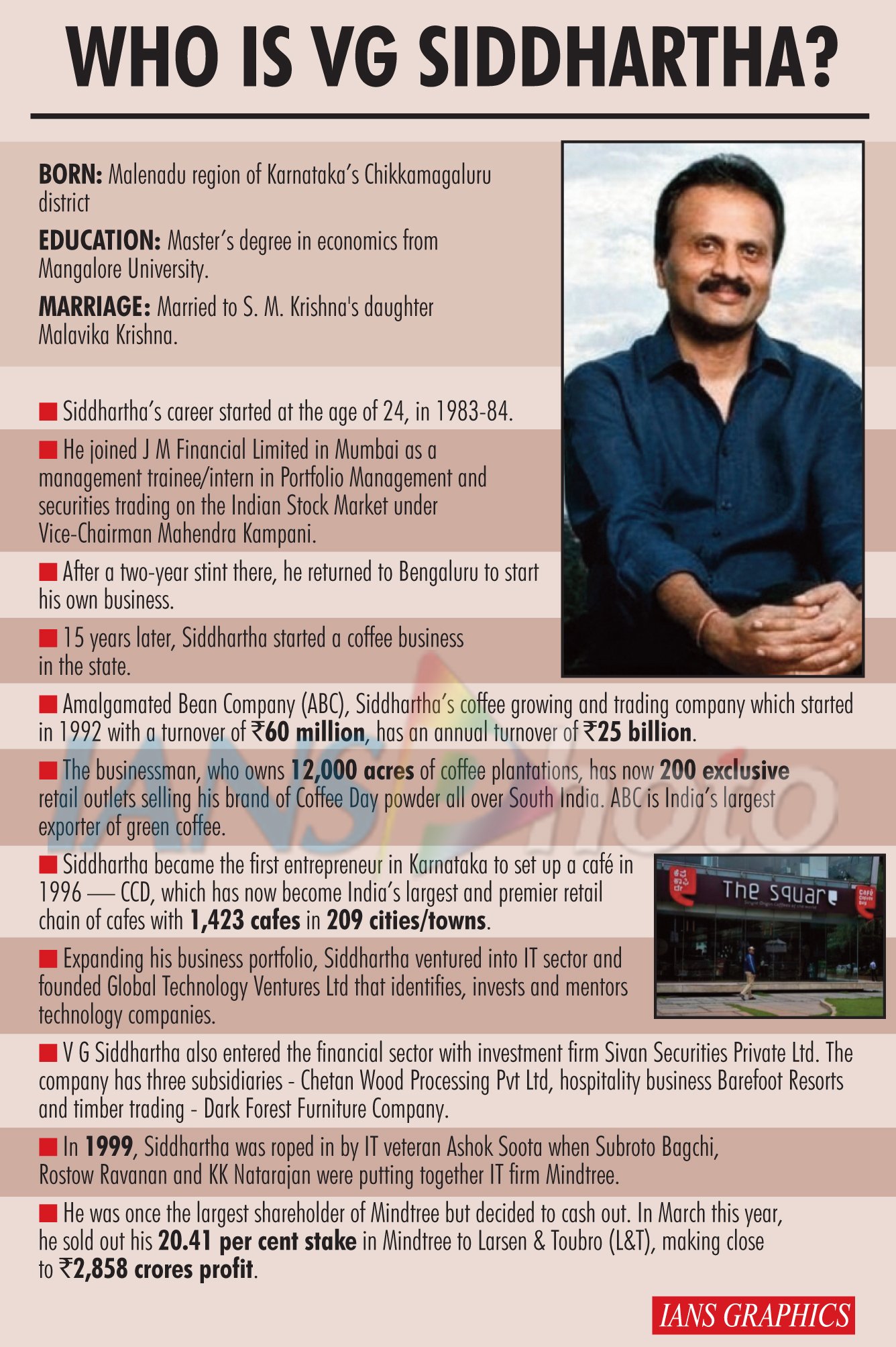 It was a fisherman on Tuesday, who had claimed to have seen a man, likely to be the CCD founder, jumping into the Netravathi river from the same bridge on Monday evening, police had said, almost 24 hours after his driver raised an alarm about the missing businessman.

Two days prior to his disappearance, the 60-year-old had left behind a note to his employees that revealed he was in deep debt.

The mountain of debt was impairing his business as working capital requirements could not be met. It led him to sale his stakes in IT firm Mindtree that gave him some room to manoeuvre.

“I have failed to create the right profitable business model despite my best efforts. I would like to say I gave it my all. I am very sorry to let down all the people that put their trust in me. I fought for a long time but today I gave up as I could not take any more pressure…,” his note read.

In his desperation, he was also reportedly in a dialogue with global beverage maker Coca-Cola for an equity sale in flagship Cafe Coffee Day (CCD) at an enterprise valuation of around Rs 10,000 crore may have been on the anvil.

In a complaint to the police, his driver, who last saw him alive, said that Siddhartha told him to stop by the side soon as they drove on to the bridge and asked him to wait in the car at the end of the bridge as he wanted to walk up and had to make calls.

“When the rain started, I took a u-turn and drove back to the spot where I left Sir and searched around for him. As it was dark, windy and raining, I could not find him anywhere on the bridge or in the river,” Patil said in the complaint.

Siddhartha left Bengaluru on Monday afternoon to Sakleshpur near Hassan where he has a house and one of his coffee estates. As it was on way to Mangaluru, he told Patil to drive towards Mangaluru after a short break at Sakleshpur to fresh-up.

Siddhartha is the elder son-in-law of senior BJP leader, S.M. Krishna, who was External Affairs Minister in the UPA-2 government (2009-12) and state Chief Minister (1999-2004) when in the Congress. (IANS)