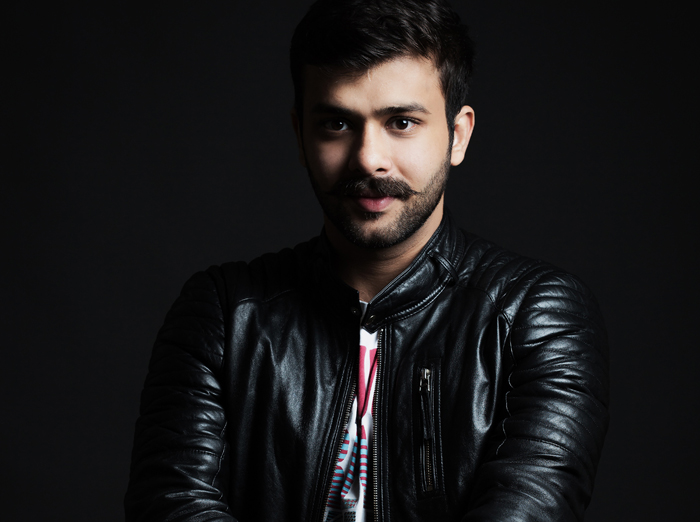 New Delhi–Amid the ongoing JNU row, city-based electronic music producer and composer Akshay Johar aka MojoJojo has lent support to the students movement by creating a track inspired by Umar Khalid’s speech made on Sunday when he surfaced after nearly a fortnight.

Khalid — one of the six students accused of raising anti-national slogans in the JNU campus on February 9 — delivered a speech on the campus premises on February 21 wherein he asserted that he was “not a terrorist”, and opined that the BJP government “needed an excuse to target the campus”.

The track, which features excerpts from Khalid’s speech, has been rendered in MojoJojo’s trademark style of bass-rich electronic music.

“He talks about how he was subjected to a public trial by the (electronic) media, where fictitious ‘facts’ about him were created for the sake of TRPs, how because of his religion he was branded a terrorist, how there was a witch hunt for him and his family, among other things,” MojoJojo told IANS in an email interview.

“Most of all, he talks about how his fight is against oppression by the state and not against the country, because he is a son of the soil, like you and me. He talks about how without dissent, a university is like a prison,” he added.

MojoJojo, whose first tryst with music was at the young age of 10, says his aim behind creating the song was to project the matter in a “new light”.

“Over the past several days, he (Khalid) was portrayed in a certain light by sections of the media and the state. I thought that with this song, the matter could be projected in a new light, given a fresh perspective of sorts,” he said.

While calling himself a “proud citizen” of the country, MojoJojo also said he was saddened with the way the matter has been dealt with so far.

“My stand on the entire matter is that, of course, anything against our beloved mother land should not be tolerated. I am a proud citizen of this country but when you charge students, who are protesting peacefully, with sedition… when you target an institution, when you launch a propaganda against it, when you doctor speeches, you are ravaging the basic social fabric of secular India,” he observed.

“It saddens me that this matter has been dealt with such heavy-handedness and, instead of mitigating the damage already done to our secular society, things are only getting worse.”