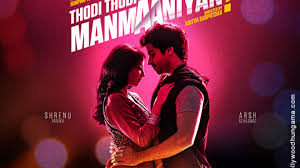 Simple but a bit convoluted, “Thodi Thodi Si Manmaaniyan” is a slice of life drama about dreams, ambition and fate. It is the story of Siddharth, a young man brought up by a single mother.

The film begins with Siddharth (Arsh Sherawat) being a part of a rock band Antriksha. As the lead singer, he is indispensable but his mother Sarojdeep Kaul (Shilpa Tulaskar) dreams of sending him to a university in the US. Being an obedient son, he tows the line with her plans till his friend Sufi (Rahul Raj Malhotra) asks him, “What about your dreams?” This question ruffles Siddharth, but he only takes a stand when he realises that his mother has monetary issues.

So to overcome the financial hardships, he once again unites with his friends to participate in a musical contest called Battle of the Bands’. By happenstance, he meets Neha, a singer-cum-social activist and is enamoured with her personality. In his endeavour to amp Antriksha, he suggests that Neha be included in the band. 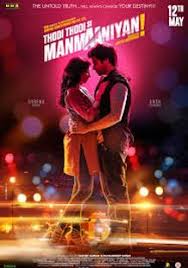 Soon, with Neha involved in social activism, Siddharth stumbles upon some home truths about his father, and how life takes its own course from there on, forms the crux of this tale.

Unfortunately, it is the direction and the writing that is a tad amateurish and laidback, owing to which the acting and the final output of the film is affected.

Writer Param Kalra’s plot is hackneyed and oft seen. The writing has depth, but only as deep as a puddle. The drama, lacks layers and refinement. The story is simple and does not befit being mounted on the big screen.

The execution of the writing too is equally weak. Director Aditya Sarpotdar has not made any attempt to boost the poor script. The resultant output seems forced and cinematically drab.

The performances are theatrical and the characters do not touch an emotional chord. Despite the film being Arsh Sehrawat’s canvas, owing to his limited acting abilities, his good looks notwithstanding, he is a huge disappointment.

He is aptly supported by Shrenu Parikh as Neha, Shilpa Tulaskar as Sarojdeep Kaul, Mukesh Tiwari as Ajay Kaul — Siddharth’s father and Kuldeep Sarin as Ajay’s friend Ram Sharan Jha. They all have their moments of on screen glory.

Despite a tight budget, the production designs, cinematography and editing have moderate production values that make the film noteworthy. The background score and the songs by Troy Arif are equally evocative and they mesh well into the narrative.