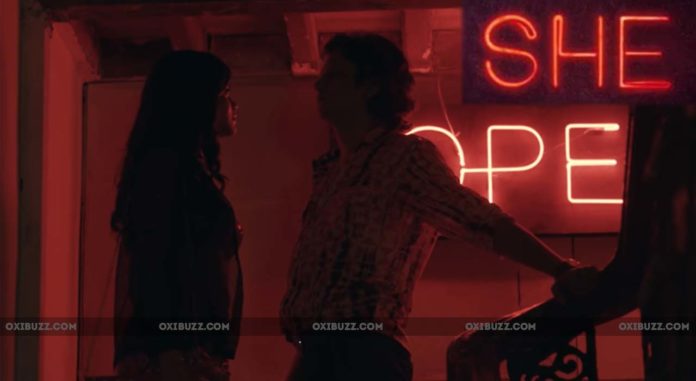 “She” keeps you guessing right till the end, though probably not in the intended way. Even as the final scenes of the final episode roll, you are left trying to figure out what was it you just watched. Does Imtiaz Ali’s new script mean to hold a deeper context? Or is it simply an erratic mess reflecting the confusion that seems to have overwhelmed Ali’s creativity lately, obvious in the last couple of films he directed?

Showrunner Ali has co-scripted “She” with Divya Johri, and the seven-episode series is directed by his brother Arif Ali (who earlier helmed the 2014 dud “Lekar Hum Deewana Dil”, incidentally also scripted by Imtiaz Ali). It is Arif Ali’s co-director who draws your attention — Avinash Das is a screenwriter-turned-filmmaker who made the interesting little heroine-centric drama of 2017, “Anaarkali Of Aarah”.

You would expect an engrossing tale of women’s empowerment from such a team.

At the core of the plot is Bhumika Pardeshi (Aaditi Pohankar), a constable from a lower-middle class Marathi background who is inducted in the anti-narcotics squad. Bhumika’s mission is extremely dangerous. The covert operation aims to bring down the drug mafia, and when she is picked up the kingpin Sasya (Vijay Varma), one would think she has cracked the case. Of course, there are the twists.

“She” tries moving on twin tracks. There is the suspense drama that the narrative tries setting up as Bhumika pursues her goal. Then there is Bhumika herself, as she struggles to come to terms with using her sexuality as a tool to wrest advantage in her mission. It is something that is meant to give a deeper subtext to the basic storyline.

Imtiaz Ali’s writing clicks on the second count. Bhumika has been created with precision — a very ordinary woman thrust into a job that needs extraordinary looks and skills. Ali has put a lot into imagining the character, and it shows in the way she towers over everything in this show.

The trouble is Ali neglects everything else. Most other players in the drama get almost nothing in terms of character construction. Worse, the drama itself barely sustains a cohesive intrigue quotient through the seven episodes. You tend to get distracted after a point as the story gets repetitive.

Aaditi Pohankar makes most of her authorbacked role, and comes up with a good-enough performance as Bhumika. She uses the conflicts about the character well.

Vijay Varma, who shot to fame with his “Gully Boy” act last year, is impressive in the way he lends screen presence to Sasya. He is the only other character apart from Bhumika that means anything in the drama that goes on. Varma does well to sustain Sasya all through, despite the fact that the character gets sketchy after a while.

The trouble with “She” is its creator Imtiaz Ali seems wholly overawed by the challenge of creating the ultimate, imposing screen heroine. With that challenge in sight, he ignores everything else that he pens. In the process, the series, its execution and intent slip into a zone of sheer plasticity.