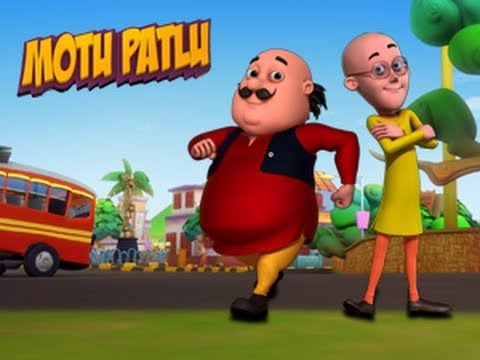 It gladdens the heart to see a competent well made animation film from an Indian production house. And full marks to Ketan and Deepa Mehta and their visual effects studio for putting together a children’s animation film with a strong yet supple message that’s acceptable to both kids and grown-ups.

“Motu Patlu” is based on the well loved animation characters.

The two friends Motu and Patlu (described rather blatantly by their physicality but drawn with personality strokes that are far more subtle than the name-calling suggests), this time befriend a lovable but lazy and somewhat cowardly circus lion (actor Vinay Pathak gives endearing voice to the lion), who longs to escape and live a free life.

But wait. Life for our four-legged friends is not so simple. Writer-director Suhad D Kadav throws in the complications without cluttering the quaint canvas with unnecessary socio-ecological sermonizing.

Yes, there are some strategically positioned comments on deforestation and animal extinction. But none of this is done in the spirit of preaching. The fun element is predominant as our circus-bred lion-hero is coaxed into abandoning his innate timidness to emerge a true lionheart.

The scenes are written in playfully bantering style. The dialogues are colloquial and crisp and spoken in a simple yet intelligent language that is dexterously communicable to both the young and the older audience.

The script very cleverly uses tropes and stock characters from age-old conventions of commercial cinema and transforms them into some kind of virtual magical emblems of continuity and change amidst terrifying warnings of destruction. The villain who likes to remind us that he is not zero but a hero, is accompanied by a moll named Monica who spends all her time in the wildlife sanctuary swatting mosquitoes.

Midway through the amiable briskly trotting narrative, the lion-hero gets a double role and the animation scenes get progressively ambitious. The film’s canvas is grand in its own right. The climactic battle between the villain and the jungle animals skillfully eschews violence and embraces that feeling of fun underlining the sombre context of presentation.

“Motu Patlu” remains confidently in the ambit of non-adult entertainment. While engaging children’s attention with genuinely served up homilies and incidents, the narrative never gets down to pontifying or talking down to children.

No small achievement for children’s cinema in our country. (IANS)