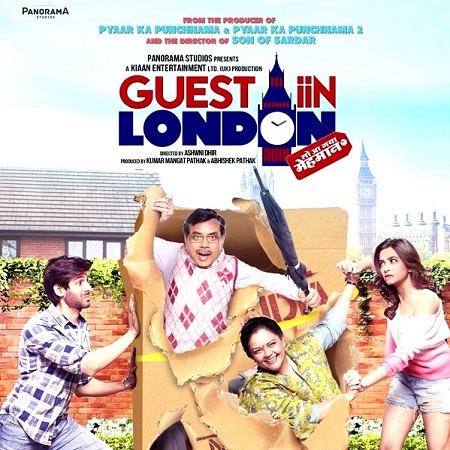 “Guest Iin London” is the rehash of director Ashwni Dhir’s 2010 released Ajay Devgn starrer “Atithi Tum Kab Jaoge”. It is a far cry from its predecessor in terms of entertainment as it kind of feels like leftovers while carving a stereotype of an irritating, parasitical guest.

This time as the title suggests, the guest Gangasharan Gandotra aka Chachaji (Paresh Rawal) along with his wife who he fondly calls Guddi (Tanvi Azmi), lands in the house of Aaryan Grover (Kartik Aaryan) while he is planning a fake marriage with Anaya Patel (Kirti Kharbanda) to get a permanent citizenship in Britain.

How Chachaji alters their plans and makes himself comfortable in Aaryan’s house forms the crux of the tale. 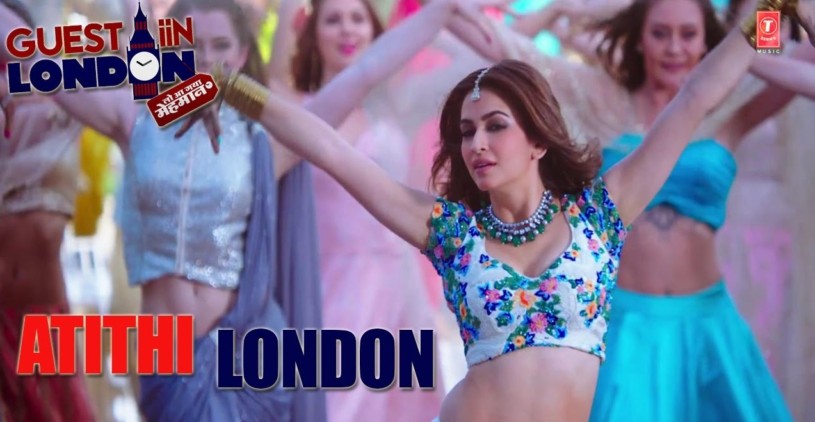 The script is far-fetched, lazily crafted and is bogged down by the writer’s fatigue where humour is derived from bland, parochial jokes and flatulence outbursts. There is even a full song which is unwarranted and dedicated to emission of wind.

The entire film pivots around Paresh Rawal, who an otherwise brilliant actor fails to impress in this shoddy film. He does nothing to elevate this sinking narrative. Tanvi Azmi as his wife is overshadowed by him and is only there to make excuses for his bad stomach. She does shine in a few independent scenes though, which are handled perfunctorily, thereby taking the focus from her. Case in point is the baby massage scene.

Kartik Aaryan as Aaryan Grover is earnest, but his character is so flat and unimpressive that he fails to create an impression. The same goes for Kirti Kharbanda who plays the cab driver Anaya Patel. There is not a single scene of her picking up a fare.

Sanjay Mishra with his henna-dyed beard plays Habbibullah, a policeman with Pakistani origins who keeps a tab on Aaryan. Like the rest of the cast, he too lacks lustre and spirit.

The only people who seem to be having fun in the film are the fair skinned dancers and stock characters, who fill the backdrop of the frames, they seem to be bursting with energy.

With a runtime of 2 hours 15 minutes, the first two thirds of the film is tedious to watch. It is the last act which takes an emotional route that swings the narrative favourably. (IANS)