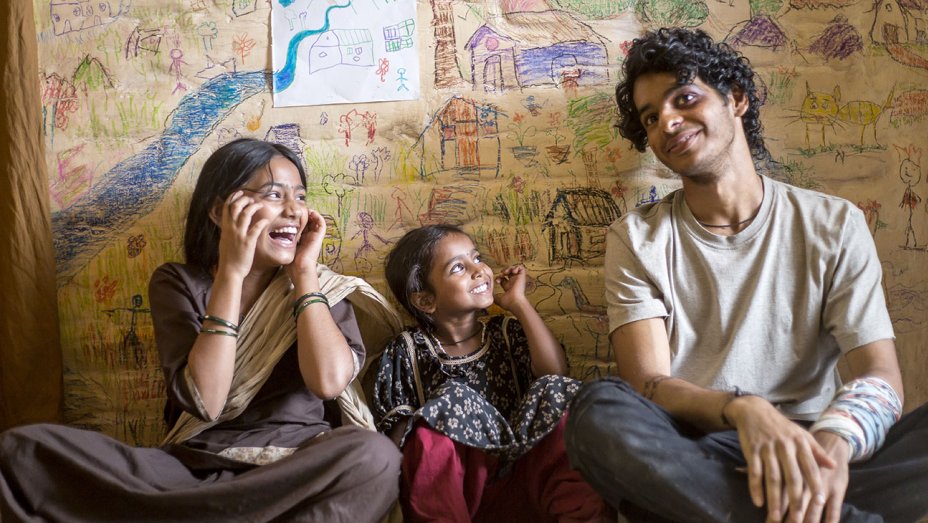 Iranian director Majid Majidi’s “Beyond the Clouds”, set in Mumbai’s underprivileged class, alternates between being shockingly tone-deaf and surprisingly on-point.

It has moments when everything shifts, when the two main characters face each other, and there is an unexpected insight into the nature of their relationship. Those moments are sudden and true, making us realise; how sluggish many films are in making their points, and how quickly life can blind side us.

These moments take place between Aamir (Ishaan Khattar) a self-assured 19-year-old drug peddler and his estranged older sister Tara (Malavika Mohanan). Their paths collide after Aamir, while on-the-run from the police in order to escape a drug bust, seeks his sister’s help.

Their outbursts, either in Tara’s house or in the rickshaw while travelling or in the jail where Tara is imprisoned for attempted murder, are all palpable. The rest of the film is guided by these moments.

Full of emotional turmoil, these moments are not a “surprise” in the sense of a plot twist, but a different perspective. It’s the kind of shift you find in the sudden insight of life. It’s about how you look at someone and realise that you have never really known them.

The characters are well-etched so much so that you are drawn to them naturally.

Ishaan Khatter in his debut, as the confident, happy-go-lucky Aamir is earnest, charismatic and promising. He is a treat to watch. He delivers a power-packed performance with a broad spectrum of emotions ranging from a smug drug-peddler to a considerate care-taker of the two little kids and the aged mother of his sister’s victim, Akshi.

Malavika Mohanan as Tara is equally enchanting. But since her journey is much simpler in comparison to that of her brother’s, her performance feels rather limited. She flits from a confident to panicky mode with a jerky ease that makes the entire process seem laboured.

Bengali director Goutam Ghose as Akshi – Tara’s awe-struck admirer who tries to molest her is enigmatic. He is short-changed for a minimalistic speaking role. After being brutally attacked by Tara in self-defence he lands up in the hospital and he skilfully conveys his suffering and repentance through his eyes alone.

The talented Tannishtha Chatterjee as Tara’s asthmatic inmate with a little son in the prison, is wasted. She hardly has anything to offer except for coughing vehemently and revealing why she landed up in prison.

The dialogues in Hindi, Tamil and English are impressive in a way that uses the techniques of short fiction to trigger the emotional shift. There are also brief silences, during which Aamir’s understanding of the situation changes entirely.

But the plot; that intertwines this complex, provocative drama that highlights the many facets of human relationships, is overwrought with uneven performances, jerky edits and brilliant imagery with earthy frames.

Cinematographer Anil Mehta’s camera work is flawless. Each frame is artistically crafted to offer an arresting visual experience. Some of the frames offer a unique insight of the city; especially the washer men’s colony, scattering flock of Flamingos at the marshland of Sewri or the pipelines of Mumbai.

A.R. Rahman’s upbeat score accompanies the visuals but it does nothing to elevate the viewing experience.

Overall, by the end, “Beyond the Clouds” seems like a forced narrative that tells the tale of the unfortunate siblings who are trying to coexist within their circumstances. (IANS)