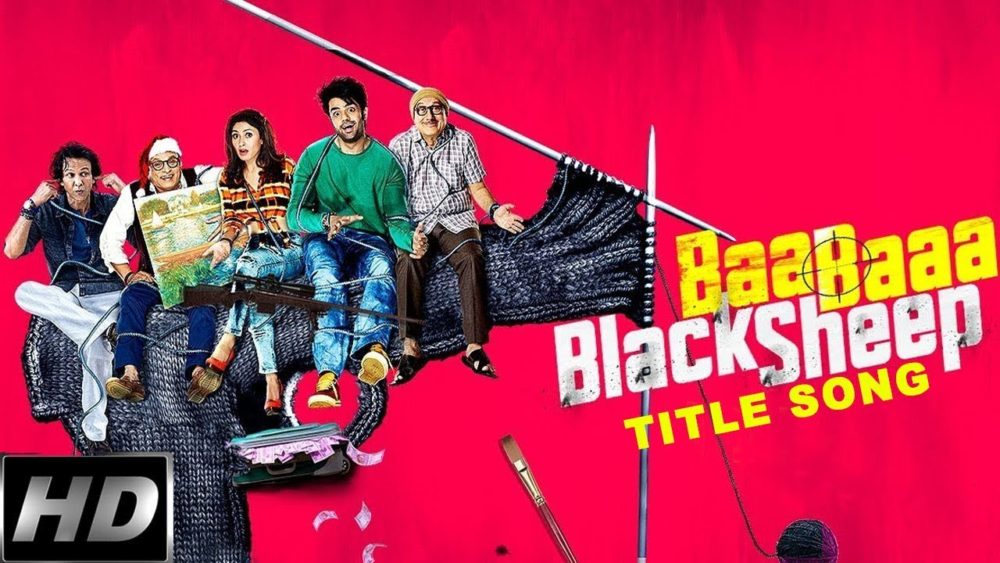 The opening frame of the film states, “Dedicated to the cinema of my growing up years”.

Well, throughout the narration, there is no reference to any cinema of any era. So you can just imagine the outcome. Planned as a comic thriller with a staid plot and a bit of romance, the film seems stuck in some kind of time-space warp.

Set in Goa with drugs, art forgery, local mafia and politicians thrown in for ample measure, it is the story of an unconventional contract killer.

Balbir Sharma (Manish Paul) aka Baa Baa, the son of a timid cashew trader Charudutt (Anupam Kher) is in love with Angelina (Manjari) the daughter of Brian Moris, an art teacher who also charades as Santa Claus, the supplier of fake paintings.

Unbeknownst to Balbir, while Charudutt pretends to be house bound, non-aggressive and a simpleton dad, in reality he is an ace, sought after contract killer. This he learns is a profession bequeathed to his father by his ancestors. And Baa Baa is the thirteenth generation to carry on the legacy.

How Baa Baa gets roped into the family business of contract killing, forms the crux of the tale.

While the premise sounds interesting and has all the trappings of an intense comic crime thriller, its execution is simply pea-brained. The gags are staid and lame as the writing is superfluous and mundane. What is worse, the dialogues written in different lingos make the entire proceedings seem like some sort of mishmash.

With some unwarranted as well as over-stretched scenes, the narrative meanders at a snail’s pace making the entire viewing experience tedious.

Maniesh Paul is a brilliant performer on television, but on the larger format, he does not shine. His comic timing seems staged and forced.

The script offers Anupam Kher a brilliant canvas to display his histrionics and he puts his heart into the role. But unfortunately the end result seems rusty and descaled.

Kay Kay Menon as Assistant Commissioner of Police Shivraj Naik is worn out. He seems to be sleepwalking as the enthusiastic investigating officer eager to capture drug peddlers.

Manish Wadhwa looks refreshing as the corrupt Home Minister but is limited with his scope of acting.

Mounted with moderate production values, the production designs are appropriate and realistic. The visuals by Amalendu Chaudhary’s lens are clear and sharp but Bakul Matiyani’s editing is a bit slack.

Transitions in certain scenes are clumsily handled. Shaan, Roshan Balu and Gourov Dasgupta’s background score and music are run of the mill. The song with the lyrics, “Heer, Heera” in Punjabi is an aberration in the narrative.