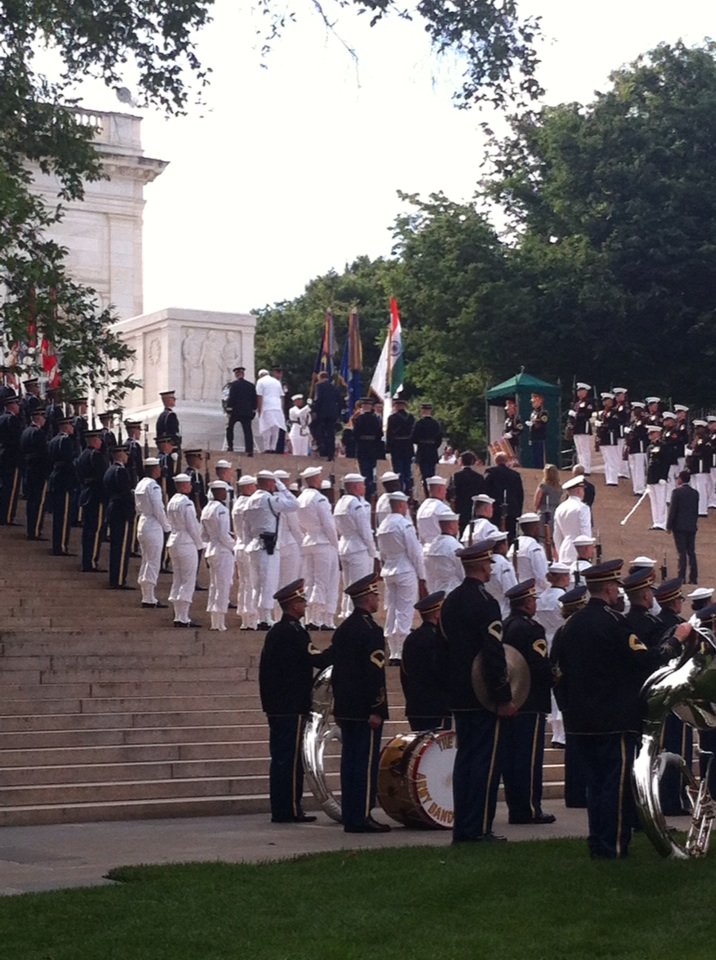 Washington– Building on their close personal bonding, Prime Minister Narendra Modi and US President Barack Obama on Tuesday promised to work together for the sake of global peace and security and the benefit of developing countries.

“India has made a name for itself as the fastest growing economy in the world,” Modi said in a joint address to the media with Obama following bilateral talks in the Oval Office of the White House. 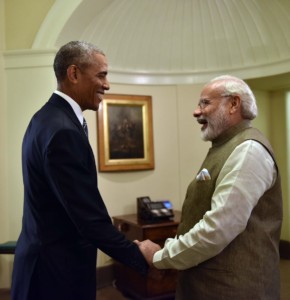 “We (India and the US) will work together for the world’s peace and security,” he said.

The Prime Minister said the two sides discussed a range of issues of cooperation from business and technology to governance.

“In the last two years, India and the US worked shoulder-to-shoulder on issues like nuclear security, global warming, counter-terrorism, and Paris (climate) agreement,” Modi said.

“Today, we discussed about taking our economy to new heights and about cyber security.”

The Prime Minister described India as a young country with 800 million people under the age of 35.

“India and the US can work together to use this talent and youth power for the welfare of the world,” he said.

He also stressed India and the US have been cooperating on global issues such as nuclear security, global warming and terrorism.

Modi also thanked Obama for his support to India’s membership in the Missile Technology Control Regime (MTCR) and the Nuclear Suppliers Group (NSG).

Obama said India and the US were the largest democracies in the world.

“Our wider cooperation will be helpful for developing countries of the world.

“India is a young country and and we are aware of the talent it has. We will continue to work together in the future too,” he said.

The President also said the two sides discussed about the progress made in the bilateral civilian nuclear agreement and India’s membership of the NSG.

“We also discussed about nuclear technology falling into wrong hands,” he said.

Obama later hosted a lunch in honour of Modi.

This was the seventh meeting between Modi and Obama as Prime Minister and President.

Modi arrived here on Monday from Switzerland on his second bilateral visit to the US after his trip in September 2014.

He is visiting the US at the invitation of Obama, who in the last year of his presidency is inviting a few world leaders with whom he shared a “close and productive working relationship”.

Later on Tuesday, Modi is scheduled to attend a meeting of business leaders and address the annual general meeting of the US-India Business Council (USIBC).

After arriving here on Monday, Modi visited the Arlington National Cemetery and laid wreaths at the Tomb of the Unknown Soldier and the Space Shuttle Columbia Memorial.

He then attended a meeting with heads of US think tanks.

Modi later took part in function in which some valuable Indian artifacts were repatriated.

“We are very grateful for government of the US and the President for returning a part of our culture. This heritage inspires us for the future,” he said.

During her address at ceremony of Repatriation of Cultural Property, US Attorney General Loretta E. Lynch said: “Today (Monday) we begin the process of returning more than 200 stolen cultural objects back to India.”

The highlight of Modi’s visit this year will be his address to a joint sitting of the US Congress on Wednesday.

He will be the fifth Indian Prime Minister to address the US Congress after Rajiv Gandhi, P.V. Narasimha Rao, Atal Bihari Vajpayee and Manmohan Singh.

In a special gesture, House of Representatives Speaker Paul Ryan will host a lunch in the Prime Minister’s honour.

A joint reception is also being organised by the Senate, the House of Representatives and the India Caucus.

Later on Wednesday, Modi will leave for Mexico on the fifth and final leg of his five-nation tour.

Prior to Switzerland, he visited Afghanistan and Qatar. (IANS)