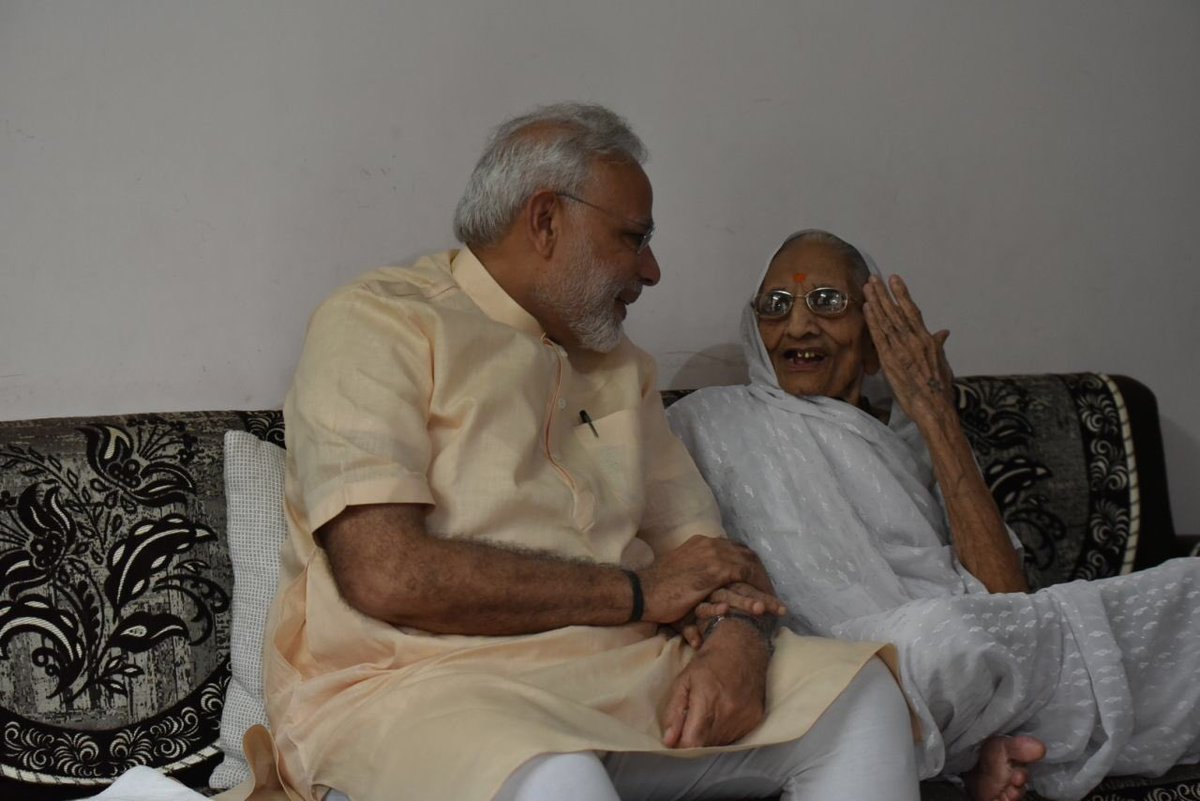 “Mother’s love and blessings are the basic essence of life,” Modi tweeted in Hindi along with two pictures of him and his mother. 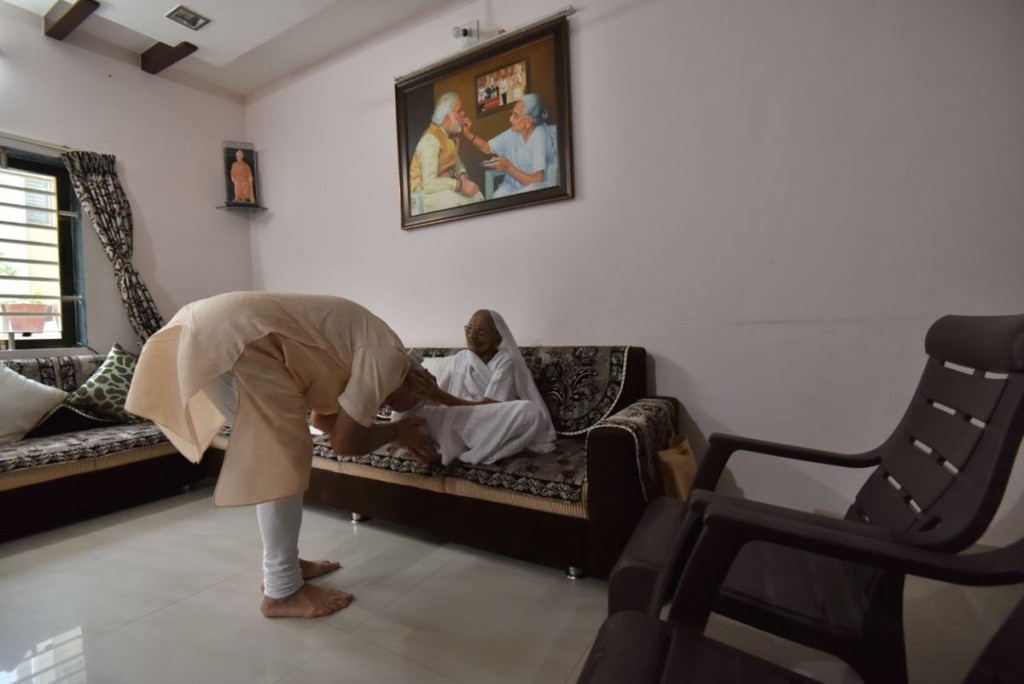 He thanked President Pranab Mukherjee and Vice President Hamid Ansari for their wishes.

“I thank Honourable Rashtrapati ji for his kind birthday greetings,” he tweeted. “My gratitude to Vice President Hamid Ansari for his wishes,” Modi said in another tweet.

Modi arrived in Ahmedabad on a two-day visit on Friday night.

He is scheduled to fly to the tribal district of Limkheda later on Saturday to inaugurate water and irrigation schemes worth over Rs 1,700 crore.

Modi will also address a public rally at Limkheda before leaving for Navsari in south Gujarat where he will address Samajik Adhikarita Shibir (workshop) for disabled children.

The Prime Minister would leave for Surat on his way to New Delhi on Saturday evening.