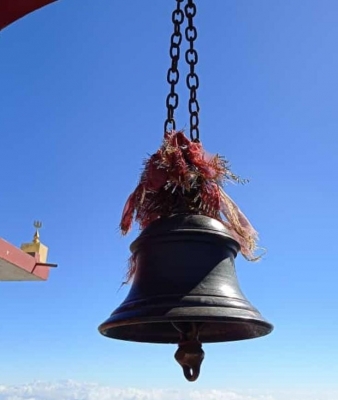 Hyderabad (Pakistan)– Business centres and shops remained closed in most parts of Pakistan’s Hyderabad on Monday following unrest over an incident of alleged desecration of the Holy Quran, media reports said.

Law enforcement agencies had resorted to tear gas shelling and fired in the air in different areas of Hyderabad on Sunday, as enraged crowds had forced their way into a business plaza by breaking windowpanes to get hold of the man they accused of desecrating the Holy Quran, Dawn reported.

“We have been without power since Sunday,” said Mohammad Iqbal, a resident of the plaza. According to him, gas supply has also been cut off.

Hyderabad SSP Amjad Sheikh said that the angry mob wanted to burn the flats belonging to the Hindu community for their alleged involvement in the incident, Dawn reported.

He said the police have already registered an FIR against the alleged incident, but the protesters were still hell-bent on entering the plaza. The official said that the incident was brought under control by teargassing the crowd.

“We had to opt for baton-charging the crowd. They also tried to attack several temples, but the police foiled the attempts. We had anticipated that such attacks would follow, therefore, deployment was done pre-emptively,” he said.

According to Hyderabad DC Fuad Ghaffar Soomro, the mob tried to attack the Bahwani temple in Mochi Gali, Gurpat temple in Seroghat area and the Hindu Sochi community hall Mochi Mohallah Seroghat on Sunday evening, but the police foiled the attempts, Dawn reported.

On Sunday, a case was registered under Sections 295-B (defiling of Holy Quran) and 34 (common intention) of the Pakistan Penal Code on the complaint of Bilal, son of Bundo Khan Abbasi.

The complainant claimed he had learnt that someone had burnt pages of Holy Quran in Rabi Plaza. Bilal claimed that Maulana Amin Zikriya showed him the burnt pages near an elevator. He asked a sanitary worker whether he knew the identity of the man who had done this, but he remained silent.

According to Bilal, he got hold of a sanitary worker and took possession of some of the burnt pages. He then handed over the man, along with the burnt pages, to the police.

A policeman was assaulted while a police mobile was damaged by the mob. A sanitary worker was also arrested by the police.

The unrest continued till the early hours of Monday as officials teargassed the unruly mob which tried to gain entry into the business centre, Dawn reported.

Police force from adjoining smaller districts was called into the city to supplement Hyderabad police’s efforts in maintaining law and order.

Rangers personnel remain deployed around the six-storey Rabi Plaza on Monday while an armoured personnel carrier has also been sent to the area.

The Rangers personnel blocked the streets connecting different roads and thoroughfares with the mobile market the plaza is located in. The police also laid down barbed wire in an effort to block the streets, and Rangers were not allowing people to enter the affected area, Dawn reported.

The Hyderabad District Bar Association (HDBA) observed a day of mourning due to Sunday’s unrest.

Meanwhile, a wine shop on Risala Road located at a distance from the plaza was ransacked. Trash pickers and labourers were spotted collecting pieces of glass strewn on the ground. (IANS)