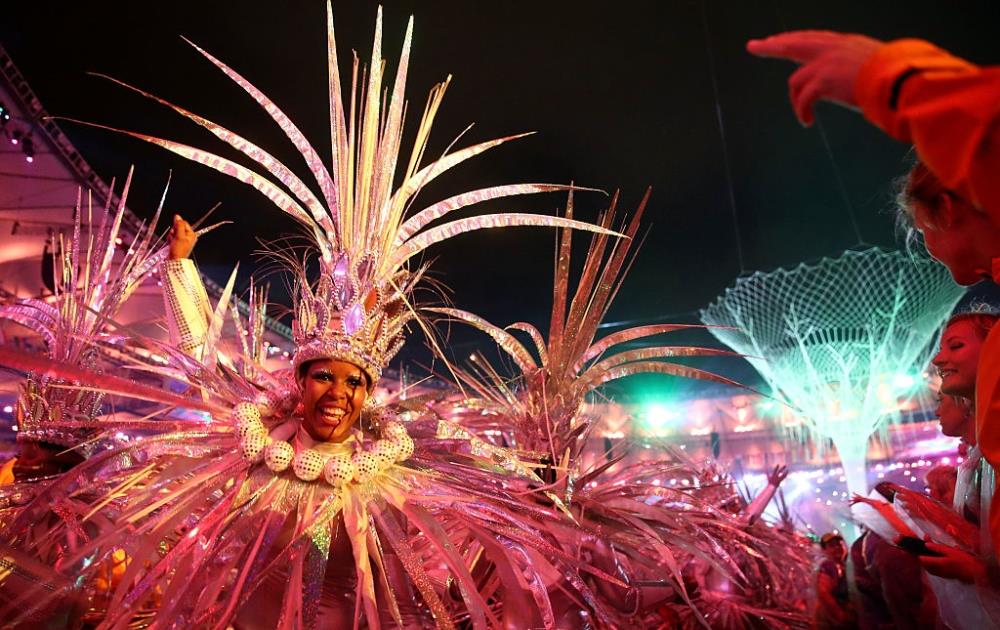 Rio de Janeiro– After the curtain fell on the first edition of the Olympics in South America, here’s a look back at some of the best moments of the Games, according to its official website.

It seems a long time ago now, but on August 5 the curtain went up on the first Olympic Games to be staged in South America.

A joyful sashay through Brazil’s extraordinary musical heritage was infused with a social message and a warning about the dangers of climate change.

The athletes were cheered to the rafters while Brazil’s diversity and natural beauty were celebrated in style.

Michael Phelps cemented his status as the most successful Olympian of all time by winning five golds and one silver at Rio 2016, taking his tally to 28 medals (23 gold).

The one that seemed to mean the most to the great American swimmer was the 200 metre butterfly.

It allowed him to avenge his London 2012 defeat by Chad le Clos, who had since said he would break Phelps’s world records in Rio, and Phelps’s celebrations afterwards suggested he had enjoyed putting the younger man in his place.

The host nation’s first gold is always a key moment, but the victory of Silva, who was born in the infamous City of God favela community and fought against poverty and prejudice, was particularly poignant.

It prompted ecstatic scenes at Carioca Arena 2 and across Brazil.

The 10-strong refugee team that competed under the Olympic flag were welcomed to the Games Village in classic Brazilian style: warmly and with plenty of music and dancing.

Hundreds of athletes from other countries were there to greet them, and Syrian swimmer Rami Anis even showed off his samba steps.

He was the man of the Games, from the moment he touched down at Rio International Airport, until he completed an unprecedented “triple-triple” by winning the 100 metre, 200m and 4x100m titles at a third successive Olympics.

He charmed Brazil and its people when he said “I’m the greatest”.

Few people had heard of Monica Puig before Rio 2016. The Puerto Rican tennis player had never been beyond the fourth round of a Grand Slam tournament, but her sunny demeanour and surprise charge to the Olympic gold medal made her an internet hit, with even comptriot and singing superstar Ricky Martin tweeting his support.

D’Agostino and Hamblin help each other finish

The true Olympic spirit shone through when Abbey D’Agostino of the US and Nikki Hamblin of New Zealand fell to the ground during their 5000m heat.

D’Agostino managed to get up, but rather than speeding off, she stopped and helped Hamblin to her feet.

But the American was injured and had difficulty completing the race, so Hamblin supported her and the pair finished the race together. They were awarded the Pierre de Courbertin prize for sporting behaviour.

High-tech tracks and pools at Rio 2016 helped runners, cyclists and swimmers deliver their best performances, with 65 Olympic and 19 world records being broken.

Hard work and talent combined with technology to produce some truly amazing moments, such as athlete Wayde van Nierkerk’s incredible run in the 400m final, where his time of 43.03 seconds bettered the 17-year-old mark of 43.18 set by US legend Michael Johnson.

Japanese wrestler Kaori Icho become the first woman to win an individual gold medal in four straight Olympic Games in any sport, when she took the 58 kilogram women’s freestyle title.

She also became the first wrestler in Olympic history to win four gold medals, and afterwards dedicated it on the memory of her late mother.

Jamaica’s Elaine Thompson superseded Shelly-Ann Fraser-Pryce as the Caribbean island’s queen of the track, the 24-year-old beating her elder compatriot in the 100m and then adding the 200m to her haul.

Great Britain’s Mo Farah won his fourth Olympic gold as he became only the second man to retain the 5,000m and 10,000m titles.

He went on to triumph in the same events in two successive world championships and repeated the feat in Rio, emulating Finnish great Lasse Viren at the 1972 Munich and 1976 Montreal Games.

Brazil get the gold they really wanted

Brazil’s football team’s talisman Neymar delivered a national obsession, scoring the winning penalty in the final against Germany to secure an elusive first-ever gold for the five-time world champions.

Neymar also set a new record for fastest goal scored at the Olympics, when he scored after just 14 seconds in the semi-final game against Honduras.

The American artistic gymnast came to Rio as one of the most popular stars, with a huge social media following, and left with five medals — four gold and one bronze — from her first Olympics, to confirm her place among the greatest names of her sport. (IANS)