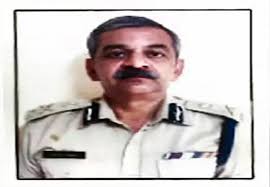 Imphal–Manipur’s Additional Director General of Police (Law and Order) Arvind Kumar on Saturday shot himself at his official chamber. He was rushed to the hospital where his condition is said to be serious, officials said.

A police official said that Arvind Kumar, a 1992 batch Bihar cadre IPS officer, shot himself with his service revolver at his official chamber at the 2nd Manipur Rifles Complex near the Police headquarters on Saturday afternoon.

“Immediately, Arvind Kumar was taken to a private hospital in Imphal and then shifted to the ICU. His condition was stated to be critical,” a police officer refusing to be named told IANS.

The Chief Secretary said that Kumar’s condition is very serious but according to the doctors he is responding to the treatment.

“Kumar will be sent to Delhi, once his condition improves,” the Chief Secretary told the media and said a probe has been ordered about the incident.

The IPS officer Arvind Kumar was posted in the Intelligence Bureau (IB) as its Deputy Director in Delhi. He had applied to the government to be repatriated back to his home cadre in Bihar. (IANS)