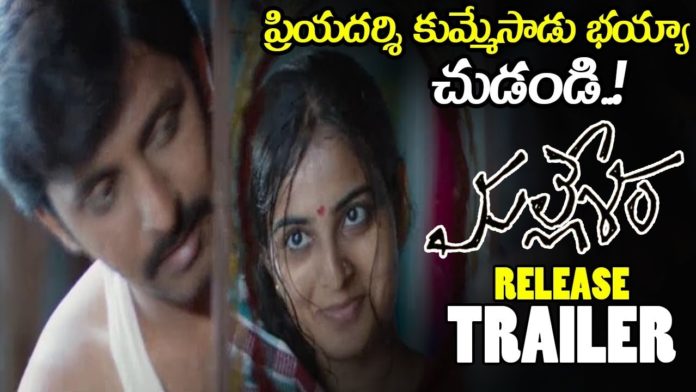 “Mallesham” – the gentle, beautiful and moving story of Chintakindi Mallesham, the handloom weaver from Andhra Pradesh who revolutionised the weavers’ profession by inventing a mechanical loom — why, because his mother’s shoulder threatened to collapse with all the manual weaving — is a testimony of truth and tenacity.

There are many flaws in the narrative. Scenes often lack a sense of flow and rhythm and move with the awkward gait of the protagonist who, let me tell you, is played by a relatively unknown actor who owns Mallesham’s part to an extent that he could easily exchange identities with the real Mallesham.

The story of Mallesham’s determined bid to beat destiny is not a rarefied experience. There is no room for subtle sighs and stifled sobs in the storytelling. Not that the characters are shown indulging in exaggerated breastbeating. But the raw feel of emotions that are unpolished gives off the feeling of the rough handloom texture in its untreated form.

Oftentimes, the film and its anguished plea for the betterment of the lives of handloom weavers in Andhra Pradesh and Telangana echo Shyam Benegal’s 1987 film “Susman”, which featured the formidable Om Puri and Shabana Azmi as weavers struggling to keep their tradition alive.

Here in “Mallesham”, the protagonist and his endearing wife (Ananya Nagalla) are shown struggling to just stay alive.

Sensibly and wisely, director R Raghuraj has used authentic locations. As I have already said, put the actors in real locations and more than half the job is done. The actors, barring Jhansi, who plays Mallesham’s mother – and who is a little too glamorous in her starched saris – are so utterly credible that one tends to forget that this is a fictionalised version of a man so fiercely dedicated to improving the lives of the weavers that he forgets to live his own dreams.

There are two enormously insightful premises that propel this gentle drama to a glorious hurrah. Firstly, the idea that all great social acts are born on a personal, sometimes selfish, note. Mallesham sets his eyes on the mechanical loom because of his mother’s physical suffering. Secondly, the idea that every true hero, unsung or otherwise, needs a support system of family and friends who believe in him.

Standing tall in this endeavour to bring alive a life that simply had to be chronicled is Priyadarshi Pullikonda. So self-effacing and vanity-free is his performance that we don’t see the actor at all. We see only the transparent honesty and the uncompromised sincerity of the protagonist.

“Mallesham” is a film of tremendous virtue and honesty. At a time when biopics on gangsters and other sociopaths are being made, this film shows us who the true hero is. Not the guy who beats up a dozen adversaries. But the guy who beats destiny. (IANS)