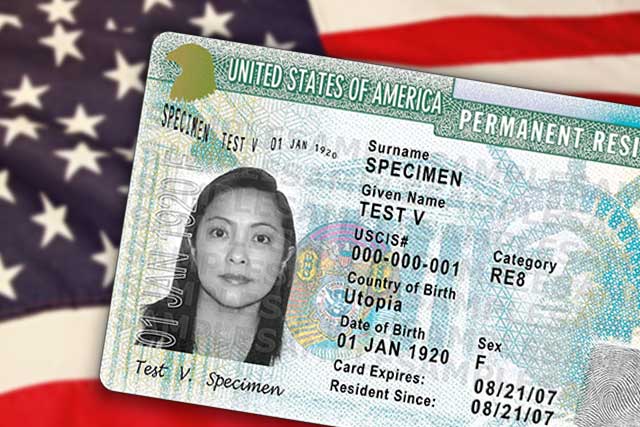 New York–It’s a make or break moment for Indians stuck in decades-long lines for US permanent residency. Congressional negotiators are on the cusp of sealing a long delayed Covid-19 relief package and within it could be tucked away a move to “shuffle the decks of the Titanic” in how ‘green cards’ are awarded to legal immigrants.

The clock is ticking. “If this bill were to get passed, it should get passed before Congress adjourns. Otherwise, it has to be reintroduced in the next Congress. So if it doesn’t get attached to a larger spending bill in the House, it’s gone,” explains immigration attorney Cyrus Mehta.

The final round of haggling is already a heavy lift. Two bills that have cleared the House (H.R.1044) and Senate (S. 386) need to be blended and slipped into the omnibus funding bill (before Congress adjourns for the year) to lift the existing per-country cap on the number of employment based permanent-residency permits issued to legal immigrants.

The overall pie does not get bigger, though. At the same time, legal Indian immigrants have never been closer to smashing through what some of them describe as “forever” wait times for green cards.

Current US. rules limit any one country to 7 per cent of all employment-based green cards. Indians make up more than 600,000 of those whose paperwork is approved but are waiting. The US State Department awards about 140,000 such Green Cards a year but does not have caps on how many applications get approved each year – creating a demand supply asymmetry that puts millions of legal immigrants on a perpetual waitlist.

For foreign workers who have turned their personal journeys into advocacy missions, it’s a big moment, and they sense its weight. “Congress has not passed a major immigration bill in 30 years. So, we know it is incredibly hard to get an immigration bill passed through Congress,” says Anirban Das, who leads Skilled Immigrants in America (SIIA), a non profit. “This bill passed the House with almost 85% votes and the Senate by Unanimous Consent. When was the last time an immigration bill passed the Senate by UC? That is a tremendous achievement and a testament to years of advocacy. Hopefully, they can amend the China provision and get it passed. Or else, we simply try again come January.”

The “China provision” that Das refers to is a carve out in the recently passed Senate version (S. 386)of the bill.A There, a Republican Senator inserted two measures backed by the White House. The first would impose a new cap for the next decade on the overall number of immigrants on H-1B visas who can receive green cards. The second could severely restrict immigration from China by barring would-be Chinese immigrants with ties to the Chinese Communist Party or the Chinese military from qualifying for visas or green cards. Attorney Mehta calls this “problematic.”

“The bill is also very controversial because it doesn’t increase the number of visas, which would be ideal, we would want an increment. But what it does is it shuffles the deck of the Titanic. And it does create fairness so everybody will now have to wait and Indians, even though they have to wait won’t have to wait for a lifetime or more than a lifetime,” Mehta told IANS.

Information trickling out of the Congress negotiations indicate the deal does not include everything that either side wants, which is why it may get done. It’s still not clear what this means for the immigration piece of the pie. That’s still unravelling. Around 2 pm EST, headline items that are reportedly baked into the cake are stimulus cheques in the $600-$700 range, unemployment aid, and money for small businesses. (IANS)