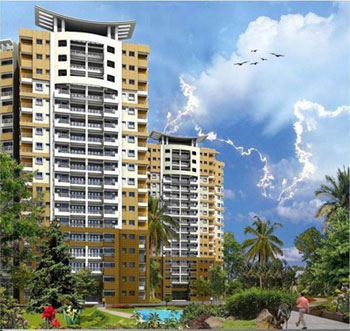 New Delhi–A recent report suggests that there has been significant consolidation in the country’s nine major real estate markets in the past few years on the back of financial distress, demonetisation, GST and the implementation of RERA.

The total number of developers across the top nine cities declined by over 50 per cent between 2011-12 and 2017-18, according to a report by PropEquity.

“Consolidation of developers in Gurugram, Noida and Chennai has been to the tune of 70 per cent since 2011 to date. A considerable reduction in total number of developers by more than 65 per cent was also witnessed in Kolkata and Bengaluru in the last six years,” said the report.

The survey was carried out in Mumbai, Noida, Gurugram, Kolkata, Hyderabad, Chennai, Bengaluru, Pune and Thane.

“Financial distress of small developers, lack of execution capability, oversupply of inventory, Goods and Services Tax (GST), demonetisation, excessive land banking, lack of understanding of the demand supply dynamics, unjustified price appreciation, lack of social and physical infrastructure in emerging markets are all distress creating factors, but when they occur together, it is the perfect storm,” the report said.

The real estate consultancy firm in its report also observed that the total number of projects launched across the cities also declined substantially during the period under review.

Commenting on the findings of the report, Samir Jasuja, Managing Director of PropEquity, said: “Consumers are now looking for the developers with excellent track records in terms of quality and execution. This will further refine the developer market based on their sustainability in terms of deliveries and fair practices.”

As per the report, most of the unorganised developers have failed to deliver on execution due to lack of inherent financial stability and the consequent liquidity crunch. These small scale developers did not have the financial strength to adapt to the new system and practices, it added.

“Therefore, most of the small-scale developers either exited the market or joined hands with larger developers. This impact of the developer consolidation has been witnessed across the country and nothing can spell it out louder than numbers,” the report said. (IANS)