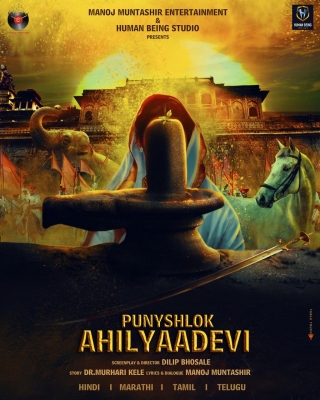 “A maratha warrior queen whose story must be known to every Indian. #ManojMuntashirEntertainment N #HumanBeingStudio proudly announce, #PunyshlokAhilayaaDevi. Har-Har-Mahadew!” he write on Twitter, sharing a poster of the upcoming film, which will be backed by his banner Manoj Muntashir Entertainment.

The screenplay has been written by Dilip Bhosale, who will also direct the film. It will release in four languages — Hindi, Marathi, Tamil and Telugu. Muntashir will be writing the lyrics and dialogues.