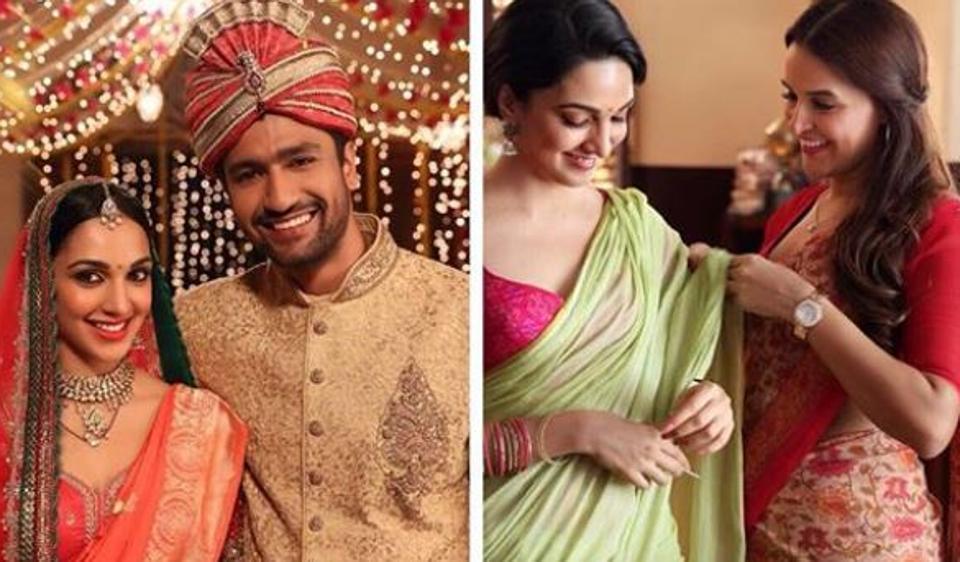 Vibrators and self-pleasuring seem to have seeped into the cinematic consciousness of India. Barely had Swara Bhaskar finished her business in “Veere Di Wedding”, that the very pretty Kiara Advani playing a sexually repressed wife shocks her in-laws by getting her own pleasure without the help of a man.

The man of the house be damned.

But oops, I am jumping the loaded gun. This orgasmic omnibus opens with the weakest story story of the lot. Anurag Kashyap’s story ploughs through the sexual escapades of one of the most unlikeable female heroines I’ve seen in recent times. Radhika Apte plays the sexually active Kalindi, a college lecturer with the hots for her virgin student Akash Thosar who remains virgin no more after she finishes with him.

Frankly, Kalinda leaves us the audience feeling soiled and used too. She is brash, brassy, over-sexed and filled with intellectual pretensions that border on delusional megalomania. The part is perfect for Apte who now owns the space allotted to ‘sexually savvy’ and empowered women in our films.

Kashyap gives Apte a free rein. She bullies her lovers (there are three of them, one of whom is invisible and another who much to the script’s amusement, asks Apte if she would like to “fornicate”), has her way with everyone and thinks she is so cool engaging in Brechtian dialogues with the camera.

After hearing Apte’s yak-yak on cerebral fornicating, it is a blessed relief to come to Zoya Akhtar’s story where Bhumi Pedneker blossoms into an actress of substance. Playing a house-help who is helping her unmarried single employer (Neil Bhoopalan) with his bucket-‘lust’, Bhumi hardly speaks.

Zoya tracks her unspoken movement through the apartment which she knows intimately, but can never own as her employer-lover’s prospective bride descends on the ‘1 BKH’ apartment with her folks, reminding her of her place in the domestic hierarchy.

There is a kind of unvarnished elegance in Zoya’s delineation of domesticity. And in the way she makes the tea and serves her master, Pedneker shows us the complex dynamics of the household. If God lies in the details, this segment is a temple of titillation. It is a heartbreaking piece and probably Zoya’s gentlest work to date.

Dibakar Banerjee does an Ingmar Bergman-Basu Bhattacharya portrait-from-a-fractured-marriage in the third story where lust is not a predominant impulse. Desolation is. And who better equipped than Manisha Koirala to project the hurt and wounded pride of a wife who has found comfort in her husband’s best friend’s arms?

The director builds a bewildering wall around the triangular relationship. The three-way conversation is fraught with unspoken accusations and unexplored hurt. It all boils up to a simmer of discontent that just stops short of brimming over. Doing scenes from a crumbling marriage is a new domain for Banerjee. He does it with much empathy and some amount of self-consciousness.

Kiara Advani is strikingly beautiful and wholly likable as the repressed wife, while Vicky Kaushal as her nerdy self-righteous ‘sanskaari’ husband is outstanding in making his annoying character endearing. But much of Karan’s pontification on a women’s desires and men’s character is laboured in their bumper-sticker wisdom.

Full credit to Karan and all the other three directors of “Lust Stories” for opening that door into the Indian middle-class’ sexual consciousness where there lurks a lust for self-fulfilment, seldom explored, scarcely realised. For exploring what goes on behind those doors of middle-class bedrooms, this omnibus deserves an ovation.