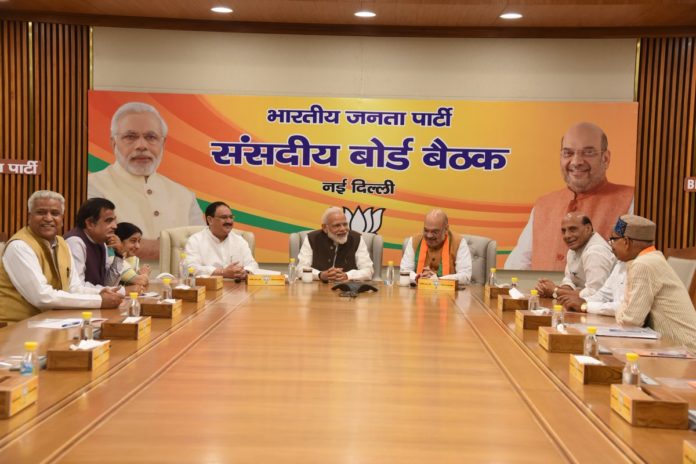 Shimla– Jagat Prakash Nadda (58), who has his roots in the Rashtriya Swayamsevak Sangh (RSS) and its affiliates, was on Monday appointed BJP’s Working President, while Union Home Minister Amit Shah would continue to be the party President.

Former Union Health Minister Nadda, who rose from the ranks of an ABVP leader, has carved his own space in national politics with his low profile and shrewd organisational skills, his aides here say.

He has been active on the national political scene since 2010 when he was picked by then BJP chief Nitin Gadkari to join his new team. He was then made the party’s national General Secretary.

Born on December 2, 1960, Nadda completed his graduation from Patna and holds a postgraduate degree in political science and an LL.B. degree from the Himachal Pradesh University in Shimla.

His father Narain Lall Nadda was the Vice-Chancellor of Patna University.

Starting his political career in 1978 as a student leader of the Akhil Bharatiya Vidyarthi Parishad (ABVP), the student wing of the RSS, Nadda had worked with Gadkari and Shah in the party’s youth wing — the Bharatiya Yuva Morcha — from 1991 to 1994.

His wife Mallika Nadda, who teaches history in the Himachal Pradesh University, was also an ABVP activist and served as its national General Secretary from 1988 to 1999.

In the previous BJP government (2007-12) in Himachal Pradesh, Nadda was forced to resign as Forest Minister in 2010 owing to differences between him and the then Chief Minister Prem Kumar Dhumal.

He was appointed the party General Secretary, a post he held under BJP Presidents Gadkari and Rajnath Singh, before Narendra Modi elevated him into the Union Cabinet in 2014.

Nadda won his first Assembly election from Bilaspur (Sadar) in Himachal in 1993. In 1998, he again won from the seat and became the state Health Minister.

He lost the Assembly election in 2003, but again won in 2007 and was appointed the Forest Minister.

As the Forest Minister, Nadda was the brain behind opening forest police stations to check forest crimes, launching community-driven plantation drives, setting up forest ponds and the massive plantation of deodars to boost the depleting green cover of the ‘Queen of Hills’, as Shimla was fondly called by the Britishers.

A close confidant of Modi, Nadda was among those whose names did the rounds as the next BJP chief after Amit Shah was inducted into the Cabinet as the Home Minister. (IANS)