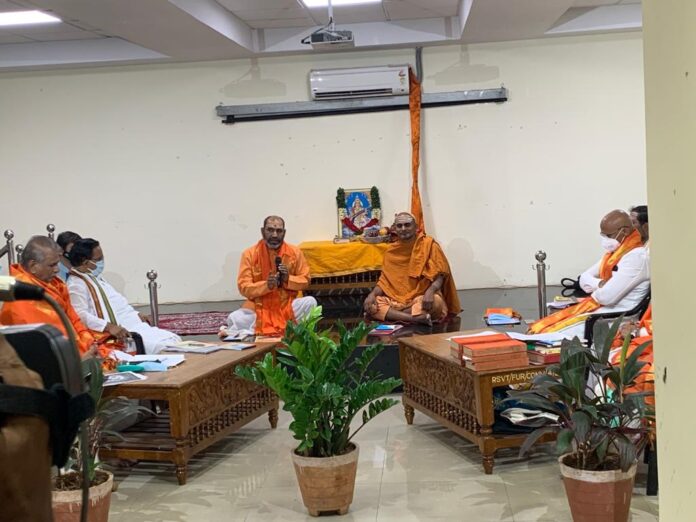 Tirupati–The discussions to resolve the impasse over rival claims to Lord Hanuman’s birthplace ended in a stalemate on Thursday, with the Tirumala Tirupati Devasthanam (TTD) team, and the Hanumad Janmabhoomi Teerthakshetra Trust sticking to their respective positions.

The TTD-appointed committee had, on the basis of its studies, recently declared Anjanadri in Andhra Pradesh’s Tirumala hills as the birthplace of Lord Hanuman. However, the TTD’s contention has been hotly contested by the Sri Hanumad Janmabhoomi Teerthakshetra Trust (SHJTT) which claims that Kishkindha, in Karnataka, is where he was born.

In a bid to resolve the controversy over the matter, TTD committee members, and Govindananda Saraswati, had met here on Thursday to discuss their respective stands and seek to convince the other side on the veracity of their respective claims.

However, after four hours of discussions behind closed doors, the two sides failed to reach a consensus.

Addressing the media, on his way out after the meeting, Govindananda Saraswati said the Valmiki Ramayana clearly mentions Kishkindha in Karnataka as the birthplace of the Hindu deity. He also said that the TTD-appointed committee has no locus standii on the issue.

Speaking seperately to the media, members of the TTD committee also admitted that no consensus could be evolved on the issue. (IANS)