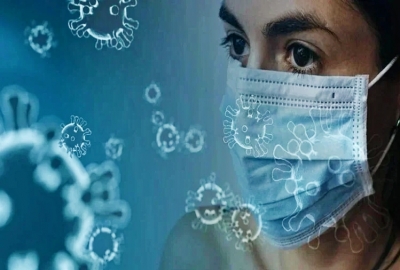 Vienna– Long Covid, which can lingher up to months and even years in some people, has the potential to emerge into dangerous variants, scientists have found.

“Tracking SARS-CoV-2 evolution during persistent cases provides insight into the origins of Omicron and other global variants,” they wrote in a report on Nature.

In the report, virologist Sissy Sonnleitner, who is based at a microbiology facility in Ausservillgraten, Austria, described the case of 60-year-old woman whose Covid infection lingered for more than seven months, in late 2020, causing relatively mild symptoms, including fatigue and a cough.

Sonnleitner and her team collected more than two dozen viral samples from the woman over time and found through genetic sequencing that it had picked up about 22 mutations.

About half of them were seen in the heavily mutated Omicron variant that emerged in November 2021.

“When Omicron was found, we had a great moment of surprise,” Sonnleitner was quoted as saying. “We already had those mutations in our variant.”

While the woman’s infection was not the reason behind the emergence of Omicron, such chronic infections are a leading candidate for the origins of Omicron and other variants that have driven Covid-19 surges globally, according to scientists.

“I don’t think there can be any doubt in anyone’s mind that these are a source of new variants,” Ravindra Gupta, a virologist at the University of Cambridge, UK, was quoted as saying.

Similarly, in a 2020 report, Jonathan Li, a physician-scientist at Brigham and Women’s Hospital in Boston, detailed an ultimately fatal case in a 45-year-old man who had a rare autoimmune disease.

The virus developed mutations linked to antibody resistance, including E484K, and another spike mutation called N501Y – both mutations were detected in a trio of fast-growing lineages later named the Alpha, Beta and Gamma variants of concern (VOCs).

Omicron also bears this mutation, as well as several others identified in the man’s infection.

“He really was the harbinger of what was to come,” Li was quoted as saying.

Scientists have been exploring how the virus evolves the ability to spread from person to person more easily, evades the immune response, or becomes more or less severe.

“If a person’s immune system fails to clear an infection fully, the surviving viruses are likely to bear immunity-evading mutations that helped them to survive the attack,” said Darren Martin, an evolutionary virologist at the University of Cape Town in South Africa. (IANS)