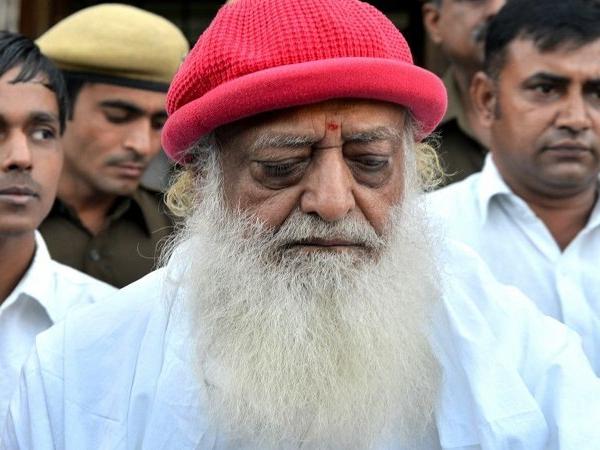 Jodhpur– A Special Court in Jodhpur on Wednesday convicted self-styled godman Asaram for raping a minor girl at his ashram in Rajasthan in 2013 and sentenced him to a prison term for life till his natural death.

The judgment was pronounced by Special Judge for Scheduled Caste and Scheduled Tribe cases, Madhu Sudan Sharma, inside the Jodhpur Central Jail, where Asaram is lodged.

The court also awarded 20 years in jail each to Shilpi, the warden of Asaram’s ashram, and associate Sharad.

The court, however, acquitted Asaram’s ‘sevadar’ Shiva and cook Prakash.

Asaram was arrested in 2013 after the then 16-year-old girl from Uttar Pradesh’s Shahjahanpur, a Class 12 student at his Chhindwara Ashram in Madhya Pradesh, filed a complaint and accused him of rape at his ashram in Manai village on the Jodhpur outskirts on August 15, 2013.

“Asaram has been sentenced to life imprisonment till natural death… Shilpi and Sharad have also been directed to pay Rs one lakh fine each,” said defence lawyer Sushma Dhara, adding an appeal would be filed in the Rajasthan High Court against the judgment and for Asaram’s bail.

The 77-year-old godman and two others were convicted under Section 376D of the Indian Penal Code, the Protection of Children from Sexual Offences (Pocso) Act and the Juvenile Justice (JJ) Act, the 474-page judgment said.

The defence lawyer said that Asaram appeared normal in the court but became sad and worried when the court convicted him.

Talking to reporters outside his house in Shahjahanpur in uttar Pradesh, the victim’s father welcomed the court verdict and said “their struggles and ordeal during the period they were seeking justice tested their grit but they had full faith in the judicial system”.

The Communist Party of India-Marxist welcomed the judgment and demanded justice for three witnesses — godman’s former aide Amrut Prajapati, cook Akhil Gupta and Kripal Singh — who were shot dead in separate incidents between June 2014 and June 2015.

“Nine witnesses were attacked, of which three died… the courts should ensure that the other related cases, including those of killing of witnesses, should also be completed without delay,” a CPI-M statement said.

The CPI-M said Asaram deserved the strongest punishment, adding that “the victim girl is a symbol of the fight against sexual exploitation”.

Former Deputy Inspector General of Gujarat Police D.G. Vanzara, who was accused of fake shootouts in the past, stepped into controversy by saying that it is “improper to dub Asaram as a rapist”.

The police charge-sheet against Asaram and four co-accused was filed on November 6, 2013, under the Pocso Act, the Juvenile Justice Act and the IPC.

Asaram is facing trial in another sexual assault case in Gujarat.

The final arguments in the case were completed in the Jodhpur court on April 7 and the order was reserved for Wednesday.

After the registration of a rape case, Asaram was arrested from Indore in Madhya Pradesh and brought to Jodhpur on September 1, 2013. He is under judicial custody since September 2, 2013. He was earlier denied bail by the Supreme Court.

Apprehending threat to law and order from the followers of Asaram, high security was in place in Jodhpur, with prohibitory orders enforced in the city.

The Union Home Ministry on Tuesday also issued an advisory to Rajasthan, Gujarat and Haryana to step up security/vigilance to prevent any untoward incident in the wake of court verdict.