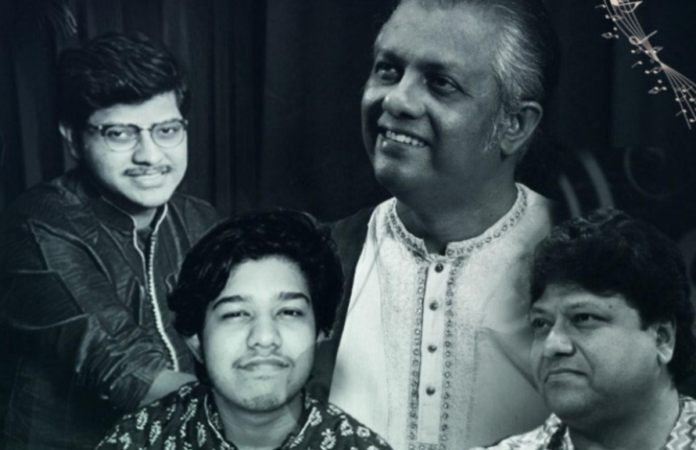 BOSTON–LearnQuest Academy of Music and Radion MusicIndia presents a series of three music concerts called Weekend Musical Bouquet this weekend on December 18, 19 and 20.

It consists of the following three concerts:

The first concert of the series is a concert titled ‘Dostana Hamara’ featuring songs by the legendary singers – Mohd. Rafi and Kishore Kumar.

LearnQuest Academy and Radio MusicIndia have partnered with MOHAN Foundation and the World of Mohd. Rafi Foundation to bring for the New England audience this soulful concert.

The songs will be performed  by the talented singers of Klub Nostalgia. The event was initiated and led by Mr. Venkitachalam N R who is known for conducting vintage musical live shows under the banner of Klub Nostalgia since the last 16 years.

The concert ‘Dostana Hamara’ is free for public. However, donations are gratefully accepted in support of Mohan Foundation. They are doing exemplary work in the area of organ donation.

The Foundation was featured on Amitabh Bachchan’s TV show Kaun Banega Karorepati. The funds raised through this event will go towards the Foundation’s efforts to increase the number of organ donations in the country to save the lives of those awaiting transplants.

Here are details Dostana Hamara and two other concerts:

An Evening of Enchanting Bollywood Melodies with

Presented in collaboration with Mohan Foundation and the World of Mohammed Rafi Welfare Foundation  to support the cause of Organ Donation, with gratefully acknowledging the support of an anonymous  sponsor and well-wisher of LearnQuest Academy for supporting this concert.

Call of the Soul

A live streamcast – morning in the US

Admission to all three concerts – $20 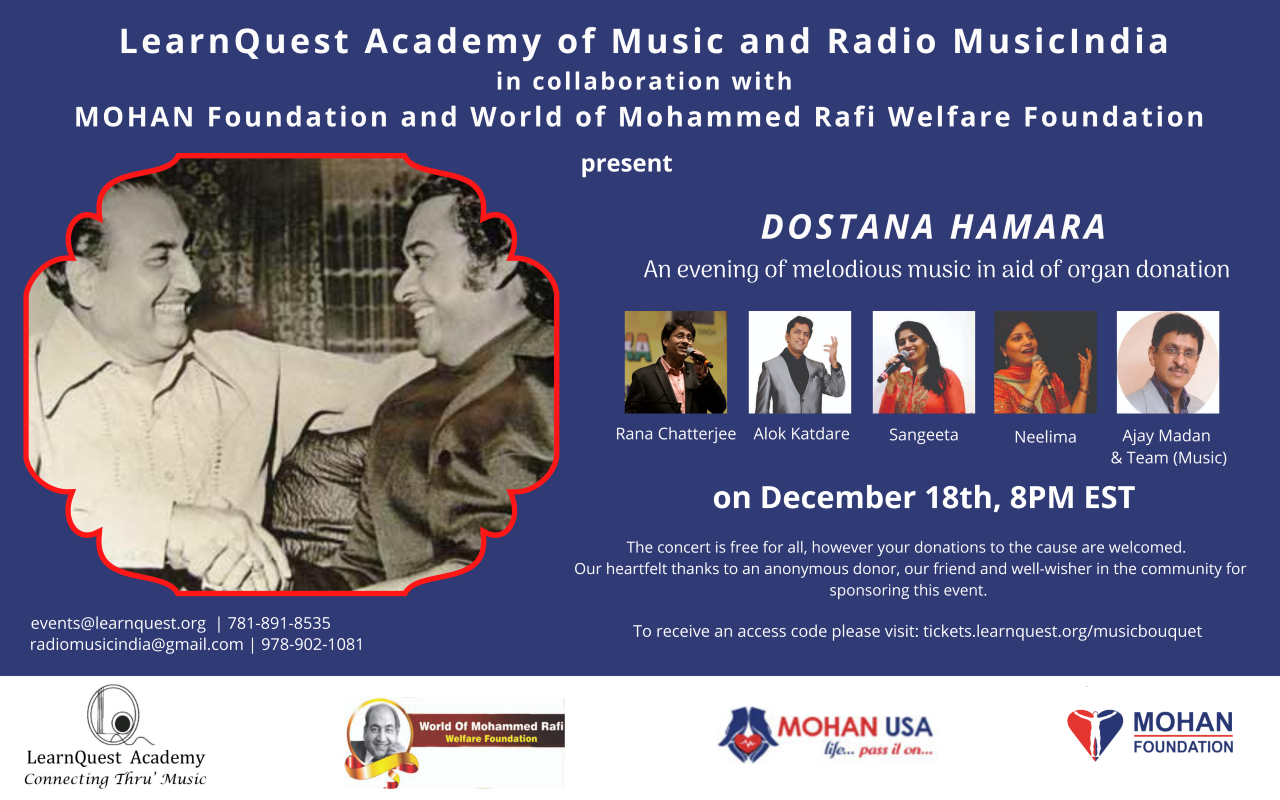