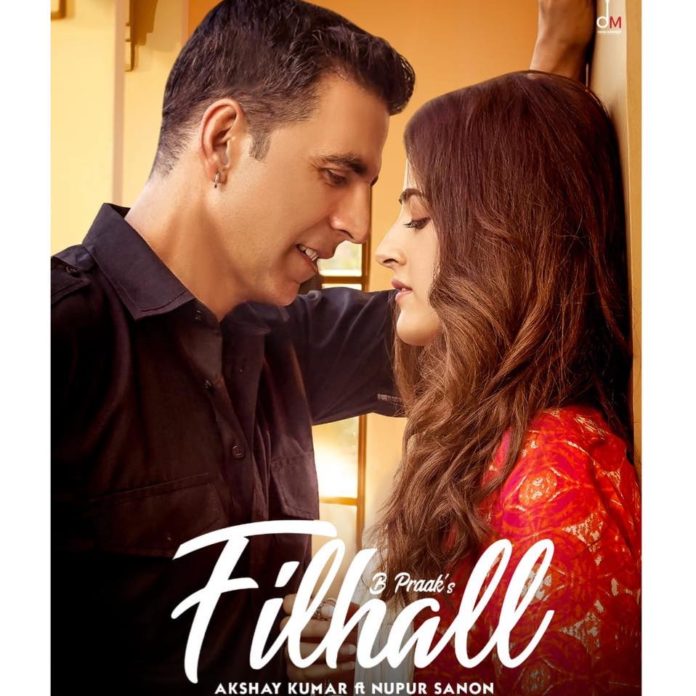 Mumbai– Nupur Sanon has followed her more illustrious elder sister Kriti Sanon into the world of glamour with her debut appearance in B Praak’s new music video “Filhall”, where she features along with Bollywood superstar Akshay Kumar. Nupur says Kriti is very protective about her, and acts like a mother to her, and added that apart from complimenting her for her efforts, Kriti is also quite honest about pointing out her flaws.

“Whenever Kriti compliments me about something, she also gives me some kind of negative feedback, because she is very protective and she is also like my chhoti mummy so,” said Nupur about her elder sister, adding that she was scared about how Kriti would react to her debut work.

“I didn’t contact her after the release of my video. I thought she would contact me after watching it because she has been away shooting in Mandawa. So, she sent me a long text message and there was nothing negative in it. She was like ‘I loved the song and I am so proud of you’. I am really happy after reading her message,” said Nupur, while interacting with the media at success press meet of the recently-released song along with singer B Praak and lyricist Jaani.

Asked when she would debut as a Bollywood actress, Nupur said: “Hopefully soon. I am glad that I took my time to do my first music video because I never ever dreamt that I would work with superstar Akshay Kumar in my very first project. I am going to wait for right opportunities. I am in talks with a few people but I haven’t signed anything as of now. A lot people have approached me after seeing the music video but I want to take things easy. This career for me is about longevity. I am in no hurry but I just want to be there for the longest time.”

Two decades after his big screen debut, Akshay Kumar has released his first music video that also features Nupur Sanon. The five-minute song “Filhall” is a romantic ballad that speaks of the pain of separation. (IANS)