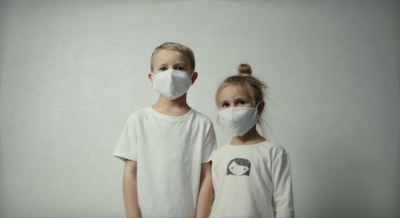 London– Children exposed to high levels of air pollution are up to 50 per cent more likely to self-harm later in life, suggested a study that adds to evidence of link between air pollution and mental health problems.

Researchers from the University of Manchester in England and Aarhus University examined 1.4million kids under 10 in Denmark and found that those exposed to a high level of nitrogen dioxide were more likely to self harm in adulthood than their peers, the Daily Mail reported.

And people in the same age group exposed to above average levels of fine particulate matter (PM2.5) were 48 per cent more likely to subsequently self-harm, revealed the study published in the journal Preventive Medicine.

Nitrogen dioxide is mainly produced by cars, while PM2.5 is mainly emitted by burning diesel and petrol, which is most commonly used for shipping and heating.

These two pollutants are among those most commonly linked with causing harm to physical health, such as heart and lung diseases, by getting into the bloodstream and causing inflammation.

“Although air pollution is widespread, it is a modifiable risk factor and we therefore hope our study findings will inform policymakers who are devising strategies to combat this problem,” Mok added.

While the researchers have not explained the mechanism for how these pollutants can cause mental health problems, they say high pollution levels could trigger inflammation in the brain, leading to mental health conditions, the report said.

Childhood is a ‘sensitive time for brain development’, so youngsters may be ‘particularly susceptible’ to negative effects from toxic particles in the air, they added.

Further, the team found that some 32,984 people (2.3 per cent) harmed themselves in the study period, with cases higher among women, those whose parents had mental illness and individuals from poorer families.

And for every 5 microgram/m3 increase in exposure above 19 microgram/m3, the risk of self harm rose by 42 per cent. (IANS)