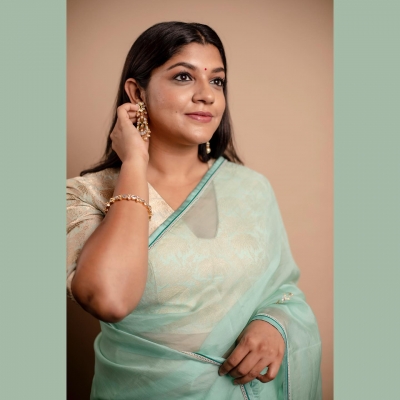 Kochi– The Ernakulam Law College Union has apologised to National Award-winning actress Aparna Balamurali for the inappropriate behaviour by a college student when she was on campus to promote her upcoming film.

In a social media post, the Union said they are deeply sorry for the incident which has hurt the actress.

It said they see this incident as a very grave issue and they also apologise for what had happened.

The actress, along with actor Vineeth Sreenivasan and other teammates of their upcoming film “Thankam”, came to the premier college in the state to promote the film.

During the event, a male student came to the stage, handed a flower to Aparna, who was sitting, shook hands with her before forcing her up and putting his hands on her shoulder to click a photo.

A video of this incident has gone viral and it shows Aparna trying to move away from the student while there was no reaction at the time when this unfortunate incident occurred.

Later, on the stage, an office-bearer said “sorry” and the student concerned came to the stage again to say sorry but when he tried to shake her hands, she pulls her hand away.

The 27-year-old actress won the National award for her role in the Tamil film “Soorarai Pottru”. (IANS)