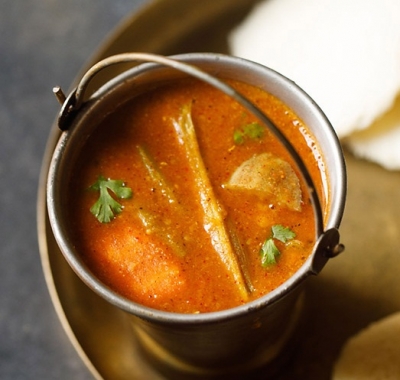 Haveri, Karnataka– As many as 80 school children fell sick on Monday after consuming sambar in which a dead lizard was found in Venkatapura Tanda village near Ranibennur in Haveri district of Karnataka.

The incident took place in the Government Primary school of Venkatapura Tanda. The children fell sick after consuming midday meal. All of them have been rushed to the government hospital in Ranibennur town.

According to sources in the education department, the condition of two of the children is stated to be “critical”. The rest 78 students have recovered after initial treatment.

Eye witnesses have told authorities that when midday meal was being served to the students at the school, one of the boys was served sambar with a dead lizard.

On seeing the lizard, the boy alerted others and immediately started vomiting.

Soon, other students also started to fall sick. The district administration has directed the authorities to take appropriate action on negligence by the school authorities. (IANS)