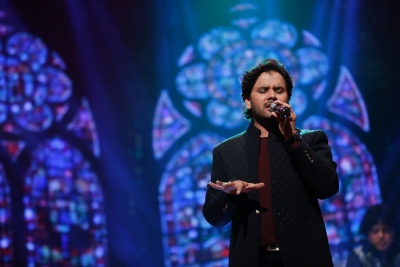 Mumbai– Playback singer Javed Ali is a household name today but the singer recalls how earning even Rs 2000 from an event was a difficult affair during his days of struggle.

“Back in the day, I used to live in Chimat Pada Marol, Andheri East, where the rent was Rs 1500 and the deposit was Rs 20,000, and raising that was the most difficult part. There was just a tubelight and a fan, and I learnt how to make ‘daal’ (pulses). We would add extra water so that the daal lasted an extra day! We would plead to the landlord to let us stay in the house,” he said.

“I don’t like sharing my story because I don’t want sympathy. This is the first time I am getting the chance to share my story. I started from scratch and my father used to say, ‘in life you will get success only if you make yourself capable and associate with knowledgeable people. Never think you have learnt enough’,” recalled Ali, who is currently part of the reality show “Indian Pro Music League” (IPML).

He said that he would pray to earn enough at events so that he could send money home.

The singer’s mother, who was present on the show, said that Javed managed to arrange money for her cataract surgery despite the odds.

“All I ever wished was for him to get success and always remain down to earth. With a heavy heart we sent him to Mumbai. I had cataract and I couldn’t see properly at that time. After he earned enough money, the first thing he did was to have my eyes operated. Even after his father expired, he has taken care of his family. He can’t see anyone in trouble and I can proudly say that success has not changed him,” she said.

The singer added that people often tell him to behave in a certain way in Bollywood, but he believes in staying down to earth.

“People tell me to be ‘cool’ and throw attitude, but I feel if I do that something will go missing from my life. I believe it is important to be down to earth. I didn’t want to become a playback singer initially, but my passion for singing increased and I started singing jingles, gazals, alaap and giving voiceovers for people. That’s when people started getting to know me and here I am today,” he said. (IANS)