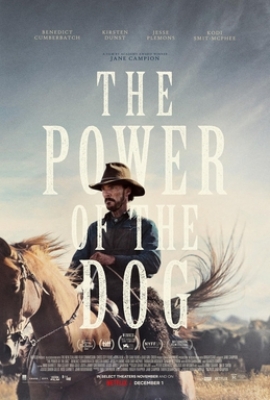 Los Angeles– New Zealander filmmaker Jane Campion made history at the DGA Awards on Saturday night (U.S. Pacific Time) by becoming the second consecutive woman — and third in the 74-year history of the awards — to win the top honour for the best theatrical feature film.

Campion won the award for Netflix’s ‘The Power of the Dog’, reports ‘Variety’, adding that the win gives Campion even more of an edge in the Oscar race as this year’s film awards season heads into the homestretch.

“I care about women having voices, and I’m so excited about the next generation of filmmakers,” Campion said.

She was presented the award by Chloé Zhao, who won the category last year for ‘Nomadland’, which went on to pick up the Best Film, Best Director and Best Actress Oscars.

Another highlight of the much-awaited evening was Spike Lee receiving the lifetime achievement award, which he celebrated with an epic 23-minute speech about his journey to filmmaking. Also, Joseph P. Reidy received the Frank Capra Achievement Award and Gerry Hood was given the Franklin J. Schaffner Achievement Award.

The Directors Guild of America’s 74th annual DGA Awards returned to an in-person event on Saturday at the Beverly Hilton Hotel in Beverly Hills, with Judd Apatow on tap as host.

The ceremony, which went virtual in 2021, and is part of a busy weekend on the kudos gauntlet that also includes the BAFTA, Annie Awards and Critics Choice events.

The night kicked off with a win in children’s programming for Smriti Mundhra, an Indian American filmmaker who won for her work on the episode titled ‘Shelter’ in HBO Max’s ‘Through Our Eyes’ series. This was Mundhra’s first DGA Awards nod.

Maggie Gyllenhaal won the DGA Award for first-time feature (making it her first-ever DGA nod) for yet another Netflix feature, ‘The Lost Daughter’.

“I really am moved, ultimately I got brave enough to say what I wanted,” she said. Gyllenhaal, reports ‘Variety’, noted the awkward situation where she’s not a member of the DGA because she has only helmed one film.

“But I want to be!” she said. Gyllenhaal added that she knows applicants need two sponsors in order to join — one of whom, she asked, on the spot from the stage, is Steven Spielberg. The other will be her father, director Stephen Gyllenhaal, who was in attendance on Saturday.

Meanwhile, in television, it was already a foregone conclusion that black comedy drama series ‘Succession’ will win in the drama category — because it was the only nominee this year.

On the comedy side, Emmy winner Lucia Aniello picked up another honour for ‘Hacks’, this time the DGA Award for the episode ‘There Is No Line’.

Aniello and ‘Hacks’ beat out ‘Ted Lasso’, which led with three of the five DGA Awards nominations in the category, along with an episode ‘The White Lotus’. This was Aniello’s first DGA Awards win.

In the limited series race, Barry Jenkins continued the recent streak of wins for his Amazon Prime Video series ‘The Underground Railroad].

Jenkins won opposite two episodes of ‘Dopesick’ and those of ‘Mare of Easttown’ and ‘Station Eleven’. This was Jenkins’ second DGA Awards win, following a feature nod for ‘Moonlight’ in 2016.

‘Saturday Night Live’ veteran Don Roy King (who retired at the end of December from the show after 16 years) continued his streak in the variety/talk/news/sports — regularly scheduled series category, winning this year for the episode with ‘How I Met Your Mother’ star Keegan-Michael Key and musical guest Olivia Rodrigo.

King had also won the DGA Award for variety/talk/news/sports — specials for ‘SNL 40th Anniversary Special’ in 2015.

‘Attica’, which recounts the story of one of the biggest prison riots in U.S. history in 1971, won best documentary for helmer Stanley Nelson. This was Nelson’s first DGA Awards nomination.

In reality programmes, Adam Vetri won for the ‘Electric Shock’ episode of Discovery’s ‘Getaway Driver’ series. The episode was all about a real-life high-speed car chase. This was Vetri’s third DGA Awards nomination and second award after 2015. Paul Dugdale won for CBS’s ‘Adele: One Night Only’. It was his first DGA Awards nomination in the department that clubs variety/talk/news/sports specials. (IANS)