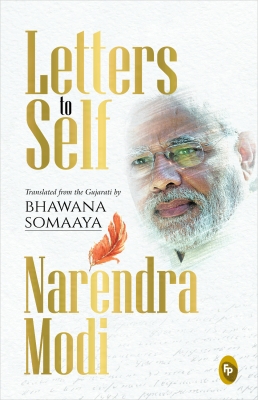 New Delhi– “The exercise was cathartic and as the rolls of paper, some joyous, some anguished scribbles piled into a mound, I was filled with contentment,” says Prime Minister Narendra Modi in “Letters to Self”, a collection of poems penned over the years reflecting his “acute observations of life”, that is to be released in August.

“Not because the writing was of merit but because I had submitted and made an effort. The outcome, good or bad, superior or mediocre stemmed out of my personal experiences and I accept responsibility for them. They reflect my suffering, my imagination and my acute observations of life,” Modi adds.

Modi had always been in the habit of maintaining a diary, keeping a pen and a notebook close by to turn to ink his innermost thoughts. These unpolished and unrestrained ideas, dreams, concerns and musings gave birth to short yet empowering poems on a wide variety of topics, from the beauties of nature to the pressures and trials of life.

But these ruminations were stowed away until he found the courage to share them with the world. Written over a span of many years, this collection of poems was first published in Gujarati as “Aankh Aa Dhanya Che” and has now been translated into English as “Letters to Self” (Fingerprint) by film journalist and historian Bhawana Somaaya.

Says Somaaya on translating the book: “Narendra Modi’s Gujarati book ‘Aankh Aa Dhanya Chhe’ released in 2007. Almost fifteen years later, I stumbled upon the book and translated it as ‘Letters to Self’, a collection of sixty-seven poems written over a period of time. These are poems of progress, of despair, of quest, courage, and of compassion. He reflects over the mundane and the mysterious, mentions obscurities he wants to unravel. I believe that what makes his writing different is his consistent emotional churning, his energy, and optimism. He expresses without filters, and this intensity is infectious. His poems, prose, however you wish to describe his writings, strike a chord, awaken an old wound.”

This is the second book of poems by Modi to be published in the past two years. The first, “Letters to Mother” was released in June 2020. (IANS)