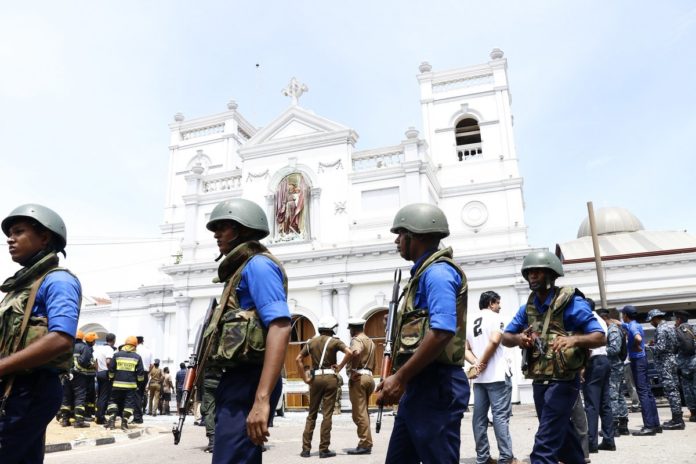 Investigators said that two terrorists had on Saturday checked into Room 616 of The Shangri-La hotel, one of the three Colombo hotels where blasts took place in quick succession, the English language daily reported.

Close circuit television camera (CCTV) footage revealed that the suspects detonated the bombs in the cafeteria and on the corridor of the hotel, it said.

Investigators suspect that C-4 explosives weighing 25 kg were used for the bombings at the hotel, it said.

The investigators who broke into the room found materials used by “radical Islamic extremists”, the daily quoted sources as saying.

It was unclear if the bombers were locals or international terrorists who arrived on tourist visa to the island nation. (IANS)