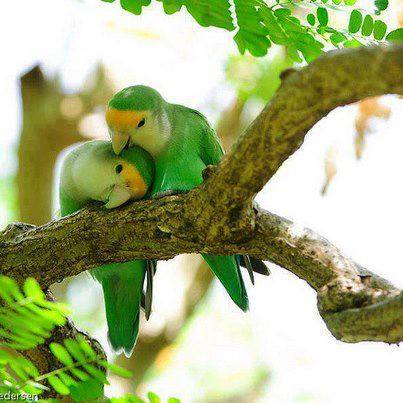 New Delhi– The arrival of monsoon rains in India is an annual milestone. The blustery winds, loaded skies and torrential rains are signs of a good year not just for farmers and economists but also for the tallest of the worlds flying birds – the Sarus crane (Antigone antigone).

For these majestic birds, the onset of the rainy season in South Asia is a sign for the beginning of their seasonal nesting. However, shifting seasons and unseasonal monsoon conditions have been affecting these cues for nesting. A recent multi-year study across four Indian states showed that altered cropping and rainfall patterns are responsible for unseasonal nesting in Sarus cranes, a globally vulnerable species. Nesting of this species, outside the scheduled monsoon time, may also increase in response to intensifying changes.

The study by K. S. Gopi Sundar, Mohammed Yaseen and Kandarp Kathju evaluated observations of unseasonal nesting of Sarus cranes from Haryana, Gujarat, Rajasthan and Uttar Pradesh between 2004 and 2017. Sundar, lead author on the study and director, Programme SarusScape, International Crane Foundation, said that though from the observation of a few Sarus crane pairs nesting out of the usual rainy season, it might seem that this is beneficial, it isn’t so.

“There appears to be meagre evidence that Sarus cranes are able to capitalise on the changing rainfall patterns. Most years, no more than 40 to 50 percent of breeding pairs succeed in raising chicks. If the cranes were capitalising on the unseasonal rains, we should have seen a lot of the unsuccessful pairs trying to make the best of the new flooded conditions. But that is not the case. A very, very small number of pairs are nesting unseasonally implying that increased frequency of the changing rainfall pattern will not necessarily benefit these birds,” said Sundar.

The Sarus crane is not the only bird species whose life cycle is being affected by changing climate patterns. There is now an increasing body of research that illustrates changes in the timing of important ecological events, such as flowering in plants and reproduction in animals, in response to climate change.

There are several other examples from around the world of species in various landscapes and climates getting confused or triggered by untimely natural signals that have indicated the right times for nesting, breeding, foraging or migrating to more conducive climes. Shifting patterns and temperatures also mean that ranges of species are moving.

For instance, a similar study (to Sundar et al’s) from Mauritius shows that the frequency of spring rainfall affects the timing of breeding, with birds breeding later in wetter springs. Delayed breeding means that these birds have reduced reproductive success as they get exposed to risks associated with adverse climatic conditions later on in the breeding season, reducing nesting success. These responses combined with the fact that frequency of spring rainfall had increased by about 60 per cent in the east coast mountain range of Mauritius since 1962 does not bode well for nesting success.

Another new study has pointed to the problem of an ecological “mismatch” between the hatching of birds and peaks in caterpillar numbers, both linked to increase in spring warming in the United Kingdom. This means that warmer springs are creating a “mismatch” where hungry chicks are hatching too late to feed on abundant caterpillars, which are supposed to peak in numbers at the same time.

The researchers, from the Royal Society for the Protection of Birds (RSPB) and the universities of Exeter and Edinburgh, used data collected across the U.K. – largely by citizen scientists – to study spring emergence of oak tree leaves and caterpillars and the timing of nesting by three bird species: blue tits, great tits and pied flycatchers.

Malcolm Burgess, RSPB conservation scientist and honorary research fellow at the University of Exeter, said: “We were interested in these species because they are all woodland birds which are good examples to detect this kind of mismatch. These species have only one nesting attempt a year and timing of it is critical.”

What happens during spring is that the temperature triggers bud burst and the emergence of caterpillars that are then fed upon by the birds. “Yes, birds are adapting and nesting earlier as well. But there is a limit to it. We found that the earlier the spring, the less able birds are to breed earlier,” added Burgess.

In India, as well, though in very nascent stages, observations of the impact of climate change on birds are driving more research. “There has been research suggesting species range contraction, species range expansion in some cases, upslope movement to keep track of suitable temperatures. With the advent of the genomics era, questions are being asked if taxa can adapt to changes in climates, given their present levels of genetic variation. Are they even capable of adapting to new environmental scenarios? However, more research needs to be done in this front,” said Vijay Ramesh, a doctoral candidate at Columbia University, New York, who is looking into how climate and land-use has and will affect the endemic birds of the Western Ghats.

Sundar, however, strikes an optimistic note in what seems like a downhill spiral for several species – that the example of the Sarus crane has shown how in South Asia farmers have aided and protected their nesting within their farmlands and that it is sometimes possible to find the right fit between our needs and other species’ needs in a human-dominated landscape. Sundar said, “The combined impact of climate and land use change is seemingly many years in the future. The Indian rice-dominated areas continue yet to witness spectacular species such as the Sarus crane that is a grand example of coexistence and adaptability. (IANS)