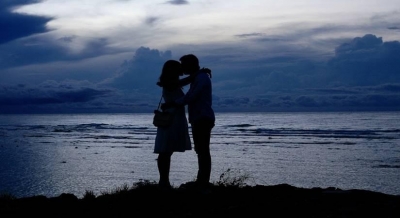 New Delhi– Aside from the medical concerns that the epidemic presented to millions of people, there was also an overwhelming sense of loneliness and fear that contributed to mental health problems. Humans are social beings, so it’s only natural that they want to connect with others and develop meaningful bonds. In fact, in the 21-30 age range, 90 per cent of men and 78 per cent of women showed a strong desire to venture out during these difficult times.

Eagerness to get out and meet new people

Two out of every three males in the 18-21 age group believe that they are obligated to go out and meet intriguing people; they believe that they no longer have a choice. Instead, it’s an absolute must to keep them sane.

According to QuackQuack CEO Ravi Mittal, the epidemic has produced a global feeling of agonising isolation triggered by stay-at-home standards. ‘The yearning among people, particularly young people, to return to regular conduct is stronger than ever. They’ve been glued to their screens for the past 18 months and can’t take it any longer.’

The sweet spot between video calls and restaurant dates.

While the epidemic has caused certain mental problems, it can never be regarded casually. It is necessary to maintain vigilance since lives are at stake. A decent strategy would be to keep the interactions online for as long as feasible and then organise for ‘meets-in-person’ when the pain of nostalgia becomes too much to bear. Men and women can communicate via phone conversations, chats, and video calls while also planning meet-ups at a favourite hangout.

At least 52 per cent of men aged 21 to 30 and 45 per cent of men aged 31 and up are willing to leave their homes on occasion for brunch or dinner dates. The fact that this population has already been vaccinated is one clear reason. According to App, 75 per cent of males in the 18-20 age bracket are willing to go out with their dates while adhering to all pandemic restrictions. A combination of online and physical dates, according to 44 per cent of women, is the greatest option for pursuing a romantic relationship.

Challenges that stem from dating the ‘hybrid’ way

In this time of uncertainty and disease, about 55 per cent of women between the ages of 21 and 30 are nervous about going out on a date. They do agree, however, that if they are too lonely or miserable to stay at home for too long, they may reconsider their decision not to go on an offline date. Moving out of your gates and attempting to enjoy a few moments with the one you love is both exciting and terrifying. Hybrid dating may not be the greatest option for lovers who are so enamoured with each other that they don’t want to be apart for even a second. It is still the most practical approach that is precisely aligned with the current circumstances.

It has the support of a large number of people of various ages, and as the trend gains traction, it is safe to assume that hybrid dating is not risky – 83 per cent of males in the 30+ age group agree. People are catching on to this new trend: in the last three months, the number of women who agree with the concept of hybrid dating has increased by 50 per cent . After all, mental health is at the top of the list of things that might assist you in living a happy life. There are no questions to be asked if anything assists you in achieving that goal. Everything is fair and just when it comes to finding ways to spend time with the people you care about. (IANS)