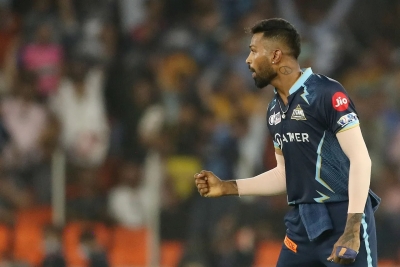 While Gujarat Titans, led by all-rounder Hardik Pandya, went on to lift the trophy at the Narendra Modi Stadium on Sunday night defeating Rajasthan Royals by seven wickets, the Rohit Sharma-led MI had the worst season this year, finishing 10th and last.

Tendulkar said his list was based purely on the performance of this IPL season and had nothing to do with previous editions. And, in this edition of the IPL, both Sharma and Kohli performed miserably, even though the latter’s side made it to the playoffs stage.

“It’s got nothing to do with players’ reputation or their past performances. It is purely based on their performances this season and what they have been able to achieve this season,” Tendulkar said on his YouTube channel.

“Hardik was the standout captain this season. He was clear in his mind, proactive. I always say that don’t regret, celebrate. If you are able to celebrate, it means the captain is outsmarting the opposition and that is what Hardik did,” opined the legend.

Tendulkar said that he would pick a left-right combination at the top of the batting order, and that Buttler and Dhawan were the best this season. With Buttler emerging the second-highest run-getter ever in a single IPL season and Dhawan also scoring 460 runs in 14 matches, the choice was easy to make for the former cricketer.

Tendulkar then picked Lucknow Super Gianst skipper KL Rahul at No.3. The hot-shot batter scored 616 runs in 15 innings and was only surpassed by Buttler this season.

“I really like his stability and consistency. He is a player who can pick singles and when he wants to hit sixes he has the ability to do that as well,” said Tendulkar.

Tendulkar’s logic behind bringing Pandya at No. 4 and his teammate David Miller at No. 5 was that a left-right combination lent solidity in the middle overs.

“Bringing another left hander here because the left-right combination is important. There are a number of names who were there but I am going to play David Miller. He showed tremendous form, very good consistency and played some crucial knocks. What I observed this season was that he was able to hit towards all sides of the ground. It was proper cricketing shots and it was a treat to watch.”

“(Livingston) has the ability to hit sixes, dangerous player. He is very clear in his mind and backs himself. Dinesh Karthik showed extraordinary consistency this season. I felt he looked calm and composed. He looked in control,” Tendulkar said. (IANS)