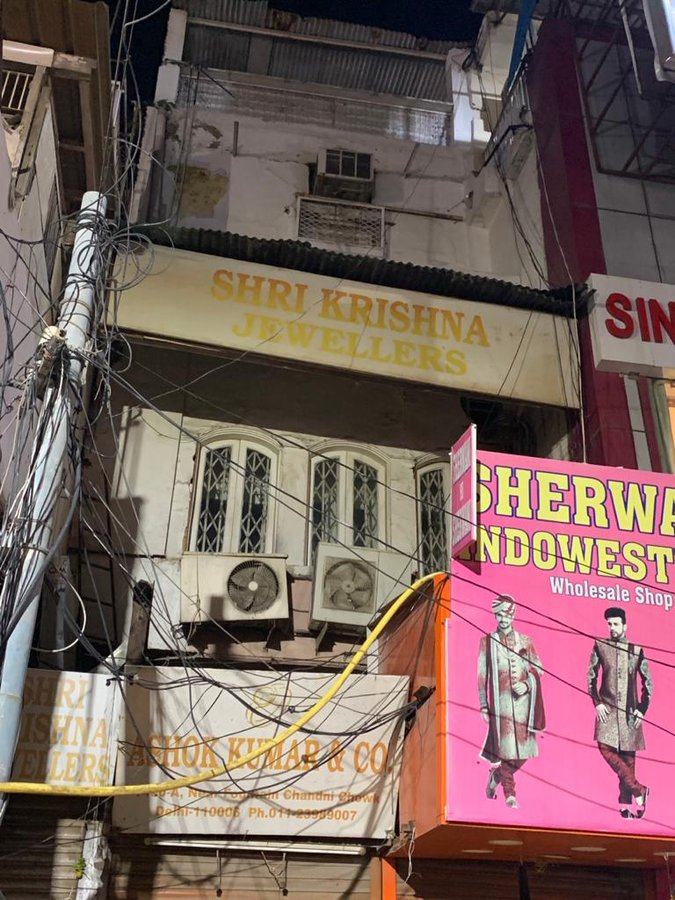 New Delhi–Two brothers aged 42 and 47 died by suicide in their jeweller shop in Delhi’s Chandni Chowk on Wednesday. A suicide note has also been found which mentions poor financial condition as the reason for the extreme step.

The police are recording the statements of the relatives. The family members allege that they were being troubled by money lenders after they suffered a loss in business.

The police received the information at around 3 pm that two brothers had hung themselves at the third floor of their shop – Sri Krishna Jewellers – in Chandni Chowk area. A police team immediately reached the spot; their bodies were brought down and sent for postmortem.

“Two brothers identified as Arpit 42 years and Ankit 47 years hung themselves at their shop. We have received a suicide note in which they mentioned their poor financial condition for the extreme step,” said DCP North Monika Bhardwaj.

While Arpit was unmarried, Ankit is survived by his wife and two children.

“When the father of the victims who was on the first floor sent a servant to look for his sons, the servant noticed that the duo had hung themselves to death,” said a relative.

However, the relatives also leveled allegations against a local financer that he was pressurising the two brothers to clear the debts. Sources said that they have also taken some loan from the banks.

The family alleged that they had been beaten up by money lenders as they failed to pay interest after they faced losses during lockdown.

“We are recording the statement of the family,” said the officer.

The jewelers association has also expressed shock and grief over the incident.

“It is very bad news for the jeweller industry as the industry has incurred heavy losses in the corona period. Many jewellers have been under debt and many money lenders have also troubled the persons under debt. This is a crucial period,” said Yogesh Singhal, President, The bullion and jewellers association, Kucha Mahajani, Chandni Chowk. (IANS)