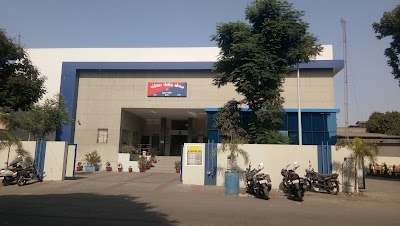 Surat– A 14-year-old boy landed in a juvenile home after the police caught him with a country-made revolver in this Gujarat city, sources said on Saturday.

Pratham (name changed), a resident of Pandesara area in Surat city, is said to have told police that he was addicted to crime web series. Watching an armed hero used to give him an
adrenaline rush. Inspired by such characters, he decided to procure a weapon and during his visit to Uttar Pradesh, he bought a country-made revolver from one Raja for Rs 6,000. He used to flaunt his weapon to impress and frighten others in his area.

Pandesara Police Sub-Inspector A.G. Rabari told IANS that a patrolling police team had arrested Pratham with the revolver without any cartridge.

He was arrested on Thursday under arms act and produced before the Juvenile Justice Board, which sent him to Juvenile Home. (IANS)

Six killed in UP road accident

Two held in Delhi for extorting money from foreigners

UP teacher suspended, booked for beating Dalit student to death