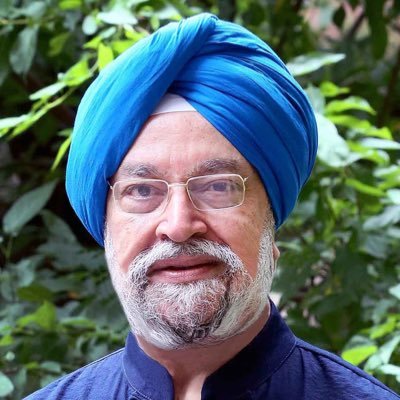 Dubai– Union Minister for Petroleum and Natural Gas, Hardeep Singh Puri, asserted on Wednesday that India is on the right track as far as its transition from a fossil-fuel based economy to a green one is concerned.

Interacting with the media at Expo 2020 Dubai’s India Pavilion, the minister said: “What is happening (right now) in India is truly remarkable. In the coming decades, the transition from a fossil-fuel based economy to a green economy will come from within the existing structure, and the oil companies will facilitate that.”

This comes just days after the COP26 climate summit, where India pledged to cut emissions to net zero by 2070, reduce carbon emissions by one billion tonnes by 2030, and raise the share of renewables in the energy mix to 50 per cent, among others, before staging a last-minute climbdown opposing a commitment to “phase out” coal.

Yet the minister held that India is moving ahead with its plans on bio-fuel and green energy, stating that when Narendra Modi became the Prime Minister in 2014, “only 1 per cent or less of ethanol blending was taking place”.

“Today, we are already at 8.5 per cent and I am sure that the 2030 target for 20 per cent ethanol blending, which we have now brought forward to 2025, would lead to 20 per cent blended fuel being available at the pumps, I think from January 2023,” Puri said on the sidelines of inaugurating the Ministry of Petroleum and Natural Gas section at the India Pavilion.

During his address, he also invited the Gulf Cooperation Council (GCC) countries and others to invest and participate in India’s journey of transition to a green economy.

“If there is opportunity in the world, it is in India. We are extending an open invitation to everyone operating in the oil and gas sector to come to India. The transition from fossil-fuel to green energy has to be organised in a way that it is a win-win for all,” the former Minister of State for Civil Aviation said while emphasising that India’s strategic relationship with the UAE is very important.

“The real growth will now come from India,” he said.

“This Expo is taking place at a very interesting time, when India is celebrating 75 years as an Independent country. And very soon, the UAE, which is a close friend and a strategic partner, will also celebrate the 50th year of its foundation,” said Puri, who earlier took time out of his schedule to visit the construction site of the BAPS Hindu Mandir in Abu Dhabi, UAE’s first traditional Hindu temple, where he also participated in a ceremony to lay a brick over the foundation.

Earlier on Tuesday, the minister had visited the Sheikh Zayed Grand Mosque. (IANS)