Singapore– An Indian yoga instructor here has been sentenced to nine months’ jail and a fine of 1,000 Singapore dollars for molesting a woman. 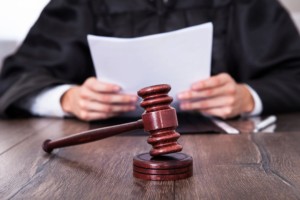 Rakesh Kumar Prasad, 26, was sentenced on Monday after he was found guilty of “outraging the modesty of a woman” and “using criminal force on her”, the Strait Times reported on Tuesday. The trial in the court began in 2016.

Prasad, who was trained and certified in Kolkata, reportedly cupped and pinched his assistant manager’s breast while she was doing yoga on April 26, 2015.

Despite the woman’s resistance and being told to stop, Prasad molested her again in a similar manner.

In his submission, Deputy Public Prosecutor James Chew said: “The victim … did not leave the class or seek help immediately because she was in a state of shock and disbelief. She felt helpless in that environment and did not know what to do.

“She had felt violated and embarrassed by the accused’s actions and was in disbelief that this could happen to her in a yoga class,” Chew said.

The court heard that while the woman was walking out of the studio after the class, Prasad grabbed her neck and pulled her backwards. The woman alerted the police the next day.

Defence lawyer Steven Lam pleaded for a nine-month jail term for Prasad and stressed that the touches were “fleeting”.

The Indian national, according to a report in Channel News Asia, plans to appeal against his conviction and is out on a bail of 16,000 Singapore dollars. (IANS)