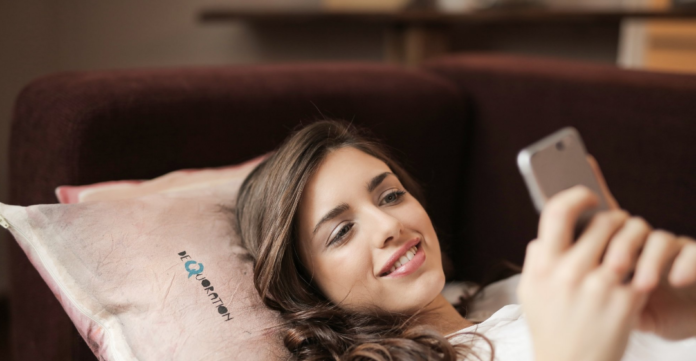 Across all low and middle-income countries, 80 per cent of women are mobile owners while in India, only 59 per cent use mobile phones, representing some of the largest mobile gender gaps in the world, said the report by GSMA, a trade body that represents the interests of mobile network operators globally.

“We are seeing significantly increased mobile access for women. However, in an increasingly connected world, women are still being left behind,” Mats Granryd, Director General, GSMA, said in a statement.

According to the GSMA’s “2019 Mobile Gender Gap Report”, just 42 per cent of women in India are aware of the Internet, and that it can be used on a mobile phone.

This is an increase from a meagre 19 per cent among women in India in 2017.

“While mobile connectivity is spreading quickly, it is not spreading equally. Unequal access to mobile technology threatens to exacerbate the inequalities women already experience,” Granryd added.

Eighty per cent women in low and middle-income countries are now mobile owners globally and mobile phone is the primary means of Internet access in these markets, where 48 per cent of women use mobile to get online.

Closing the mobile gender gap in these markets represents a $140 billion commercial opportunity for the mobile industry over the next five years.

However, despite the growth in connectivity, the gender gap in mobile ownership is not closing.

Network service providers such as Vodafone Idea and Bharti Airtel have signed up for the “GSMA Connected Women Programme’s Commitment Initiative” and have pledged to reduce the gender gap in their customer bases by 2020.

The report noted that in the wake of the Digital India programme, much of vital public information and services are only available online. However, without access to Internet, women in India may face accessibility issues. (IANS)