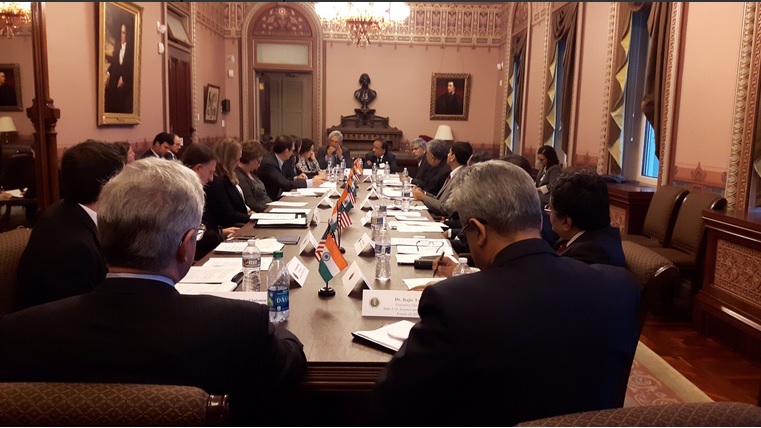 Washington DC: Indian Minister of Science & Technology and Earth Sciences Harsh Vardhan attended the first ever White House Arctic Science Ministerial in Washington DC on September 28. He attended a reception event at Smithsonian National Museum of Natural History, where he met the science and technology leadership of over 20 countries. 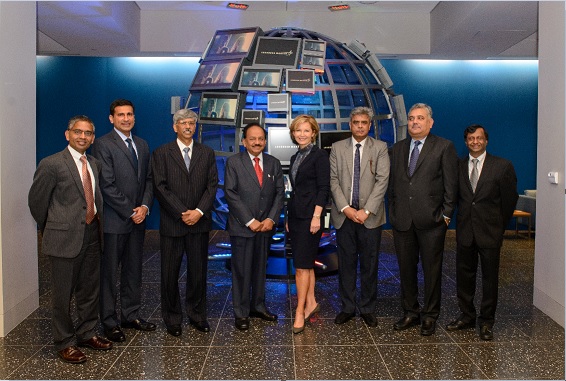 At the Arctic Science Ministerial, he signed the Joint Statement released by the White House. In his remarks, Vardhan emphasized the significance of environment and climate change in the Arctic region and its impact on Indian Monsoon and expressed India’s readiness to enhance cooperation on Arctic science and research.

On the sidelines of Arctic Science Ministerial, Vardhan had a meeting with Mr. Jo Johnson, Minister of State for Universities, Science, Research and Innovation, United Kingdom and discussed the bilateral programs. He also had a meeting with Mr. Roe Isaksen, Norwegian Minister for Education and Research and discussed the collaborations in areas of Arctic and Antarctic science and climate change. He also extended an invite to Norwegian Minister to visit India.

On September 29, he visited Lockheed Martin Global Vision Center (GVC), a center for research and innovation, and had meetings with Mr. Rodney A. Makoske, Senior Vice President and exchanged Letters to extend the India Innovation Growth Program (IIGP) involving DST, Lockheed Martin and TATA Trusts. The IIGP 2.0 will support “Make in India” and “Start-up India” initiatives with focus on social and technological innovations.

During the visit to NIH, Minister of S&T was also apprised on the activities of National Institute of Allergy and Infectious Diseases (NIAID) by eminent scientist Dr. Anthony Fauci, Director, NIAID. Advancement of candidate vaccines for TB, Dengue, RSV and Chickungunya under bilateral Vaccine Development Program were also discussed. He had fruitful interactions during his tour of Vaccine Research Center and Clinical Research Center. 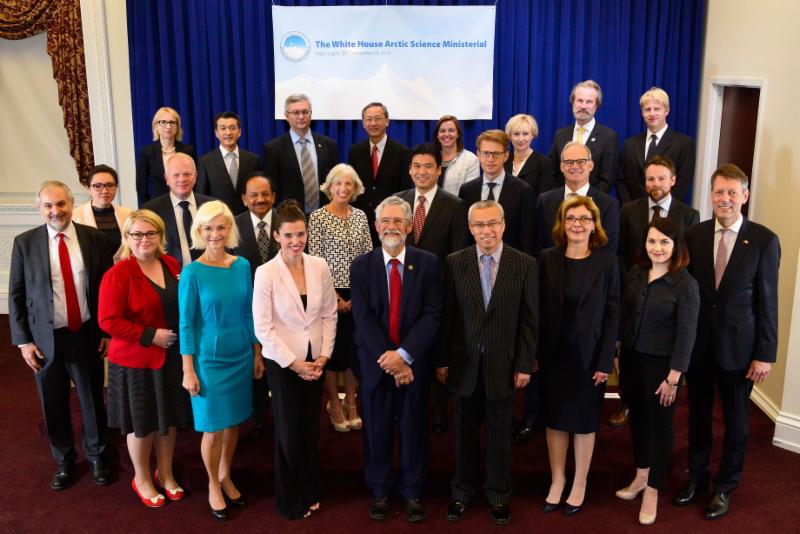 On September 30, Minister of S&T co-chaired bilateral India-US S&T Joint Commission Meeting along with Dr. John Holdren, Assistant to the President for Science & Technology and reviewed the progress under five Joint Working Groups for S&T cooperation between two countries. The Commission agreed to add new areas of S&T collaboration like agriculture science, ocean wave modeling and advance manufacturing. Techno-entrepreneurship and innovation will be the center piece of future collaboration.

The Minister also had interactions with science and technology Diaspora of DC metropolitan area at Cosmos Club, organized by Embassy of India and Indo-US Brain Trust, where eminent scientists, engineers, innovators and academicians interacted with the Minster and exchanged views on how to strengthen the scientific cooperation between the two countries. He reiterated that deep rooted S&T cooperation between scientific community and research institutions of two countries is a pillar of vibrant India-US relationship.