New Delhi– The Ministry of External Affairs and the Indian missions abroad will hold a series of events over the next one year to mark the 150th birth anniversary of Mahatma Gandhi, senior officials said on Wednesday.

Briefing the media here, A. Gitesh Sarma, Additional Secretary (Multilateral Diplomacy) in the Ministry, said that an anthology containing writings on Gandhi by 150 globally renowned persons will be published.

This apart, international personalities promoting Gandhian thoughts will be recognised.

Digital translations of Gandhi’s writings are also being planned. 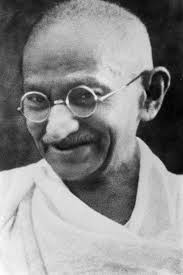 The Indian missions abroad will hold vegetarian food festivals according to their convenience.

“A global cycling event has been planned on World Cycling Day on June 3 next year,” Sarma said.

Start-ups on waste management and sanitation are also being planned.

Another project being evaluated is “Satyavarta”, under which people will be speaking on Gandhi and their quotes will be posted on Youtube.

“There will be planting of trees on World Environment Day on June 5, 2019,” Sarma said.

The Indian missions abroad will reach out to schools and distribute books while officials will talk about Gandhi.

According to Sarma, the missions abroad will also hold Jaipur Foot camps where the artificial limb will be distributed free among the needy.

An idea of holding an international conference on Mahatma Gandhi is also being explored.

External Affairs Ministry spokesperson Raveesh Kumar said that around 16 events are being planned.

“It is an exercise in which we are heavily dependent on our missions,” Kumar said.

Official celebrations of the 150th birth anniversary of the Father of the Nation kicked off on Tuesday with Prime Minister Narendra Modi launching a medley version of Bapu’s favourite bhajan “Vaishnav jan to tene kahiye” sung by artistes from over 40 countries, during the closing ceremony of the Mahatma Gandhi International Sanitation Conference here.

“We asked our missions to identify local singers,” Kumar said.

“Out of 30 missions, we got response from 124 missions and we have 124 songs now,” he said, adding that to meet the target of 150, efforts will be made to get this from 26 more countries.

Since the challenge was to synchronise the songs with a common thread running through, the spokesperson said only the best songs were selected.

To highlight the relevance of Mahatma Gandhi in today’s world, Indian missions abroad on Tuesday projected his message in the form of an LED video.

More than 120 locations have been identified in as many countries to execute the LED projection, including 50 on iconic locations like Piccadilly Circus in London, Burj Khalifa in Dubai, Welt Museum in Vienna, Buda Castle in Budapest, Palazzo Senatorio in Rome, Prambanan Temple in Indonesia and Museo de Arte in Peru, among others.

According to Kumar, content in the 50 iconic locations was customised.

Meanwhile, an online quiz on Gandhi has also been started.

“We started this before October 2 and have sent a set of 100 questions to our missions,” Kumar stated.