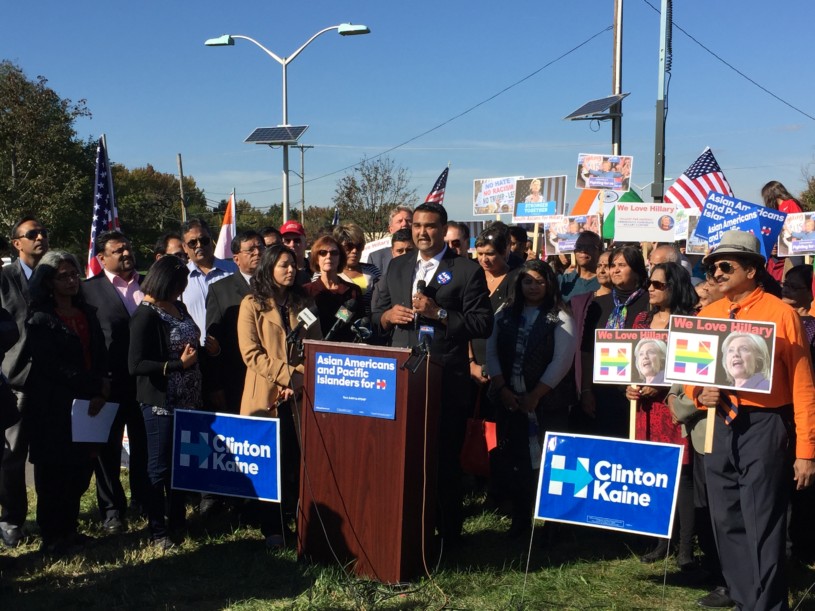 EDISON, NJ — South Asian community leaders gathered outside the New Jersey Convention and Exposition Center Saturday afternoon to protest the Donald Trump Rally hosted by the Hindu Republication Coalition, through a press conference and rally of their own. 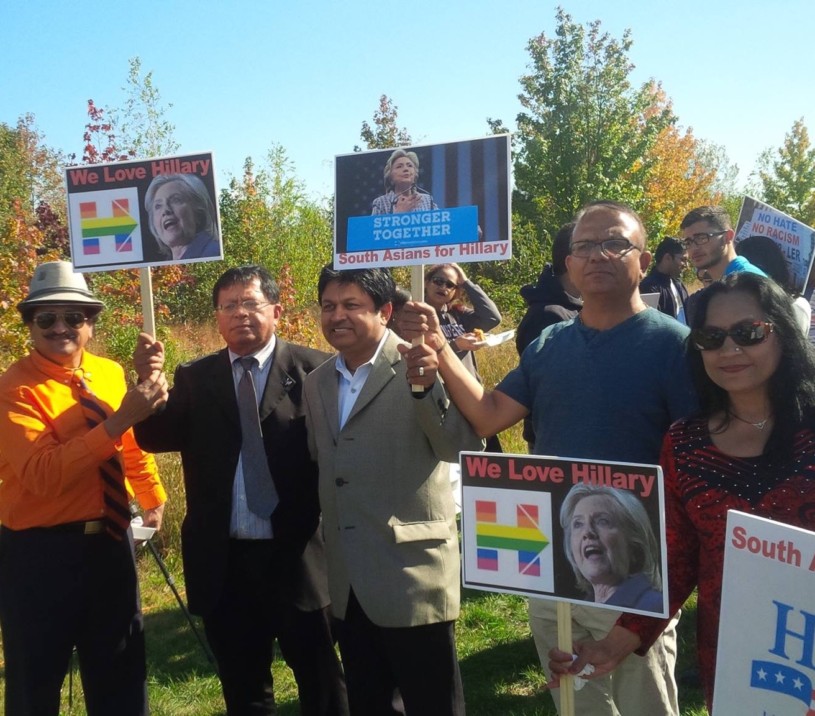 “It’s important for us to be here today to say that that values are not the values of not only the South Asian community, but the Trump values are not American values,” he said.

The event was organized by South Asians for Hillary New Jersey State Representative Amit Jani and the general South Asian community throughout the state, including the South Asian American Caucus, once indications were given that Trump would be visiting Edison earlier this week.

“We don’t think it’s right for someone from out of the state to come here and raise political issues with our faith and say they speak for over 3.4 million Indian-Americans across the country, even more Muslim-Americans, and the South Asian communities as a whole,” said Jani.