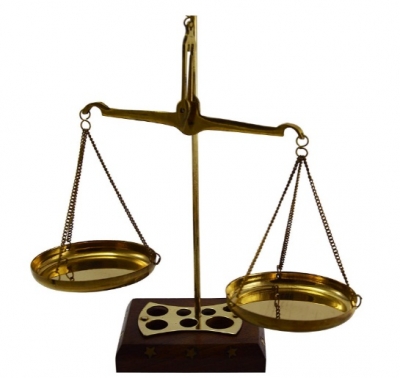 New Delhi–India has been placed at 7th position on standardisation aspect, 9th for accreditation activities and 19th for the metrology related activities, by the Global Quality Infrastructure Index (GQII), a study conducted by the German government, an official statement said on Wednesday.

Apart from these rankings, India scored 95.6 out of 100 and is ranked at 10th place in the world for overall quality infrastructure environment in the country in the GQII brought out by the German Federal Ministry for Economic Affairs.

This was announced during the 8th Annual Meeting of the Indo-German Working Group on Quality Infrastructure, led by the Indian Ministry for Consumer Affairs, Food and Public Distribution and the German Federal Ministry for Economic Affairs and Energy held here virtually on Wednesday.

A publication on ‘United in Quality and Safety’ was also released providing information about the quality infrastructure in Germany and the European Union, which would be of great help to policymakers and trade partners in India to understand Quality Infrastructure regime in Europe and in Germany, a release from the Ministry of Food and Consumer Affairs said.

The Working Group meets annually since 2013, and identifies areas of cooperation to support and strengthen quality infrastructure in country taking into account needs and requirements of relevant stakeholders from diverse technology areas so as to support bilateral trade.

Secretary, Consumer Affairs, Rohit Kumar Singh said that Germany is an important and trusted partner for India and underscored the importance of a well-established and robust quality infrastructure which consists standardisation, technical regulations and market surveillances for the success of the government’s initiative to transform India into a global manufacturing hub.

He expressed hope that the ‘Work Plan 2022,’ signed virtually during the meeting would pave the way forward for collaboration towards well-functioning and resilient systems of quality infrastructures. Dr Deniela Bronstrup, Director General, Digital and Innovation Policy at the German Federal Ministry for Economic Affairs and Climate Action (BMWK), the co-chair from the German delegation, noted that despite of challenging period both sides continued cooperation under the framework of the Working Group, the release added. (IANS)