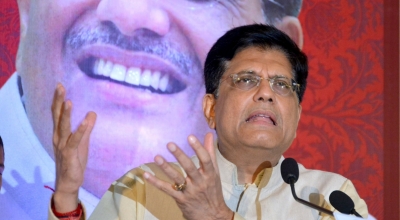 New Delhi– Union Commerce Minister Piyush Goyal said on Thursday that India has jumped to 40th place in the Global Innovation Index (GII) from the 81st spot in 2015.

“We were 46 last time the ranking was done. We have also maintained first rank in ICT services exports over the years,” he said.

Goyal said this while delivering a virtual message to mark the launch of the Global Innovation Index 2022 by the World Intellectual Property Organization (WIPO).

The minister said that GII has established itself as a tool for governments across the world to reflect upon policies and their impact.

“GII has over the years recognised India’s continuous rise due to the progressive measures taken by the government and industry working hand in hand,” he added.

He also expressed his gratitude to WIPO on behalf of 1.3 billion Indians and said that India today aspires to take its ranking in the GII Index among top 25, (IANS)

Suryakumar is much like AB de Villiers at his best, says...