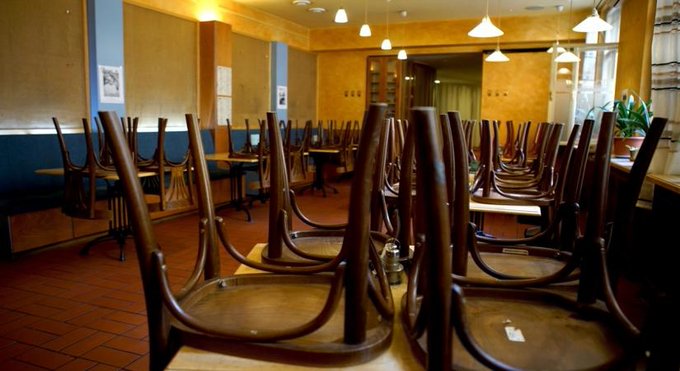 New Delhi–In not so good news for the dining out industry which is already reeling under losses, 74 per cent people said they will not be visiting their favourite restaurant in the next 30 days even if it was open, according to a survey by Local Circles.

Fear of catching the coronavirus is paramount as 87 per cent citizens said they do not want to visit a restaurant in the next 30 days due to the fear of catching the virus while 61 per cent are reluctant to spend on eating out. Restaurants have still not been allowed to open again. Indians are known to be food lovers and eating out with colleagues, family and friends has been a fond part of our tradition.

But it looks like the coronavirus pandemic has led to people controlling their craving for restaurant food. Local Circles conducted a survey to get a consumer pulse on how they would eat out or order from restaurants post the lockdown relaxations. The 3-poll survey received over 24,000 responses. In the survey, citizens were asked once the lockdown is relaxed and restaurants are open, would they be visiting their favourite restaurant in the area or city for a meal in the next 30 days.

It was not surprising that 74 per cent respondents answered in ‘no’ while only 20 per cent answered in ‘yes’. When asked what the primary reason was for them not wanting to visit their favourite restaurant in their city for a meal in the next 30 days, 38 per cent said they feared catching the virus from restaurant staff, other visitors or via food, while 12 per cent said they do not want to spend on eating out right now. 49 per cent said both of these apply to them for not wanting to visit a restaurant. This means that 87 per cent citizens do not want to visit a restaurant in the next 30 days due to the fear of catching the virus while 61 per cent were also reluctant to spend on eating out.

An earlier LocalCircles survey showed that post the COVID-19 lockdown, people are more inclined to getting things delivered to their doorstep, rather than going out to buy themselves, so that they could prevent themselves from getting infected.

This means that 25 per cent citizens will order restaurant food once or more via food delivery apps in the next 30 days. In the recent relaxations, restaurants have only been allowed to operate delivery services but dine-in options are still prohibited across most parts of India.

Since the lockdown began, the dine in business of restaurant has been zero and food delivery orders from restaurants have seen orders plummet by almost 90 per cent. As per the Federation of Hotel and Restaurant Associations of India, almost 70 per cent hotels and restaurants in India might close down in the next 30 to 45 days due to the strict government regulations and reduced consumer interest, Local Circles said. (IANS)