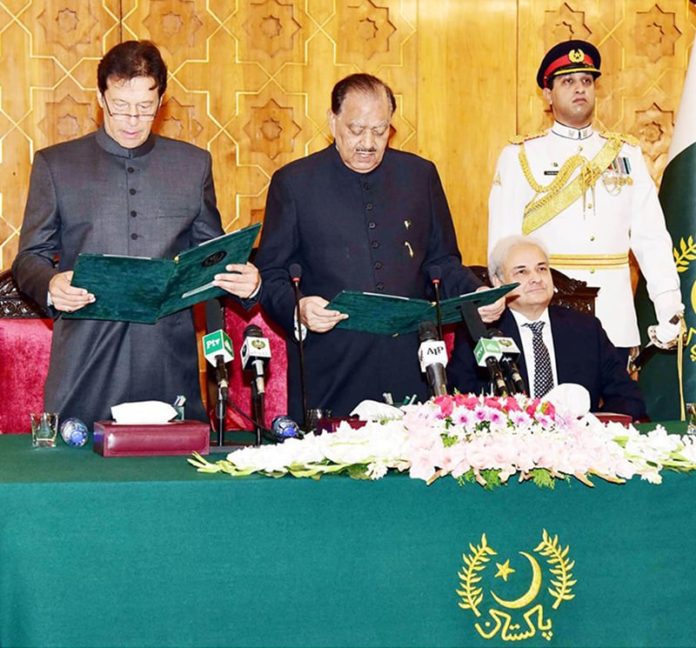 After taking his oath, Khan and his wife, Bushra Imran, greeted various guests.

Khan then proceeded to the Prime Minister’s Office, where he was presented a Guard of Honour.

The oath-taking ceremony commenced at 10.10 a.m., with the national anthem followed by recitation of verses from the Holy Quran.

On Friday, the National Assembly (NA) elected Khan as the Prime Minister of Pakistan, more than two decades after the former captain of the Pakistan cricket team entered politics, reports Geo News.

Of the total NA members, 176 voted in favour of the PTI chairperson, while his opponent, Shahbaz Sharif, received 96 votes.