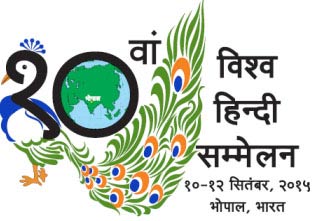 NEW DELHI–The external affairs ministry spent more than Rs.7 crore (over $1 million) on the 10th World Hindi Conference in Bhopal from September 10-12 last year, a reply to an RTI query has revealed.

The reply also revealed that the union finance ministry had sanctioned Rs.10 crore to hold the conference. It added that since the payments under certain heads were still in progress, details of the full expenditure could not be given out.

A copy of the break-up of the expenditure was obtained by whistle-blower Ajay Dubey through an RTI application in January 2016.

The application added that apart from the external affairs ministry, the Madhya Pradesh government also spent a large amount of money on the conference. The ministry said it was not privy to this.

According to the RTI reply, the logo designer was given a cash prize of Rs.50,000 and postal stamps worth Rs.206,000 were purchased. The state government’s Madhyam organisation was paid Rs.3,30,28,538 for event management and an additional Rs.68,37,026 on publicity about the event.

An amount of Rs.13,07,010 was paid to M/s Koni for bags given away to the delegates. M/s Maxcreation was paid Rs.4,05,825 for providing writing material, information booklets and felicitation certificates. The Madhya Pradesh State Tourism Development Corp Ltd (MPSTDC) was paid Rs.60,24,497 for local transport and Rs.79,21,479 for hotel charges, the reply added.

The ministry spent Rs.2,95,880 for the release of a book on overseas literature that came from Johannesburg, where the ninth edition of the conference was held in September 2012. An honorarium of Rs.200,000 was paid to the music group led by Suhasini Joshi, the RTI reply added.

The ministry paid Rs.160,000 to the organisers for the inaugural and closing ceremonies. It gave Rs.356,699 to M/s Narula Printers to print the souvenir. An honorarium of Rs.373,000 was paid to the editors and writers of the overseas literature.

Makhanlal Chaturvedi University was paid Rs.214,060 for printing daily newsletters for the conference. The ministry also paid Rs.16,38,422 to Balmer Lawrie for air tickets of the government delegation. Fouji Travels was paid Rs.148,185 for car rentals in Delhi, the reply said.