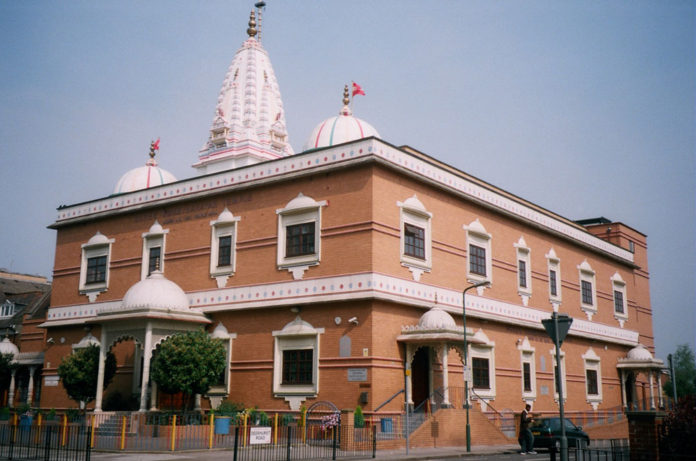 LONDON—Three Hindu idols were stolen last week from the Shree Swaminarayan Temple in Willesden, a suburb of Greater London, according to news reports.

The Metropolitan police have appealed for information that will help to identify any individuals involved in this incident and to assist in the return of the idols.

According to Temple President Kurjibhai Kerai, these idols were with the temple since opening in 1975 and “hold a huge religious significance to all in our community.”

Hindu statesman Rajan Zed said that it was shocking for the worldwide Hindus to hear about such incidents happening to a Hindu house of worship, thus reportedly sending the hard-working, harmonious and peaceful area Hindu community in a state of anguish.

British Hindus had made lot of contributions to the nation and society and continued to do so, said Zed, who is President of Universal Society of Hinduism.

Zed urged Lord-Lieutenant of Greater London Sir Kenneth Olisa, London Mayor Sadiq Khan and London Borough of Brent Mayor Arshad Mahmood to take this issue seriously and urgently and launch swift action to solve this crime ensuring the safe return of these sacred idols to the Temple, and make sure that such incidents did not happen in the future.

This Temple, a registered charity and built on a former church building, is claimed to be “one of the biggest Hindu Temples in Europe.” It functions under Shree Nar Narayan Dev Temple Bhuj in Gujarat, India; whose Code of Conduct includes abstaining from alcohol, drugs, meat, adultery, stealing, food-drinks from improper sources.

Willesden is a suburb north west of London, which forms part of London Borough of Brent.